Aside from the epic Superdome blackout of 2013 and, y’know, that football game, February 3, 2013 was all about commercials. Whether you’re one of those people who obsessively watches the ads or a football fanatic who went to the bathroom during commercials and missed all the action, here we are to present the recap of the best (and worst) Super Bowl commercials of 2013.

Because you wish your family’s vacations were this great. A fun ad, if not necessarily an informative one. I learned a lot more about ostrich attacks than about the features of a Hyundai, but I get it. Well done. B+

I’m a sucker for chocolate. And even more of a sucker for that hot girl from “Glee.” Yes, it’s a dumb take on a Meatloaf song, but it works. Chocolate loves you, but anthropomorphic characters don’t like being eaten. B+

Not quite sure what the message is here. 1 – Even if you’re a rich kid with an Audi, you might still be a nerd. 2 – Even if you’re a nerd, go for it and be bold with the prom queen. 3 – Even though you get your ass kicked and the girl probably thinks you’re a creep, it’ll be okay because you’re driving an Audi? As a nerd I have to give this kid props, but I’m not sure the narrative works out, especially given the relative lack of dialogue in the second half. B-

Didn’t they kill off Shatner’s Negotiater dude? And now they’re bringing him back, with the added baggage of a Big Bang Theory star? Props to the team for realizing Kaley Cuoco is more marketable than William Shatner, but these ads are just dumb. D+

Always a crowd-pleaser at the Super Bowl, Dorito’s again went with a borderline-absurd bit with a man vs. animal premise. I giggled, which is exactly enough to make me want a bag of Dorito’s next time I’m at the vending machine. Well done. A-

Possibly the only ad I actually laughed out loud at. In fact, the laughs aren’t even about Oreo’s – the conflict is actually over whether people prefer the cookie or cream part (I assumed everyone agreed the cream was better), but from the increasingly insane whispers in a library. It went from humorous to hilarious when the fire brigade showed up. A+

Truly horrible. Don’t look at it. Although it is a drink from the Universal Drinking Game, since it stars that red-headed extra. But just horrible. You can’t un-see it. D-

Amy Poehler wins. The best ad ever, solely because of Amy Poehler. A++

No ad has ever made me want a wolf puppy. Until now. Not sure why the car salesman who had the sale in the bag would suddenly threaten a couple’s life, but seriously… how cute is that wolf puppy? B

Before this ad came out it was already being attacked for racism. And though I do not want to alienate my Jamaican friends, I’m not sure that this commercial is necessarily demeaning their culture. It’s just not effective as an advertisement. C-

This ad promised viral marketing by letting you vote during the game who should win the half-baked chase through the desert for Coca-Cola. In case you were wondering, the Showgirls won. Probably because men were hoping for a follow-up ad where the Showgirls put on a show. No such luck. B-

Personal note: I had this song stuck in my head for the last 2 months and I had no idea what it was called. Thanks to this ad I looked it up, and I know the song is called “Hold On, I’m Coming.” Finally I can rest easy. Thank you, The Rock. B+

Ah, yes, this is a beer blog. And this is an ad for beer. I must say, I am intrigued. I want to try this amber version of Bud, and so as an advertisement is certainly did its job. B

There seems to be no good reason to do “We Are Young” in Spanish, except that Taco Bell is ostensibly Mexican food. Also no reason to have old people in this commercial, except because they’re kind of funny doing anything. B-

You had me at “Kate Upton.” A shameless plug to use sex to sell cars, it kind of works. And a sad confession: this is the first time I’ve ever heard Kate Upton speak. Not proud of it. A-

Apparently the first commercial ever created by Twitter submissions to Jimmy Fallon. Couldn’t Lincoln have cut the middle man and had people send tweets directly to them? No matter, it was a well-directed spot. A-

One more Budweiser ad, just because this year’s Clydesdales commercial justified their position as a Super Bowl mainstay. If this ad didn’t make you cry a little bit, you’re a robot. A 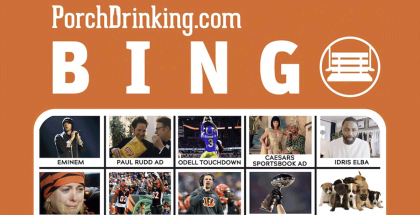 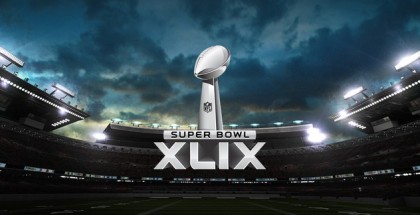 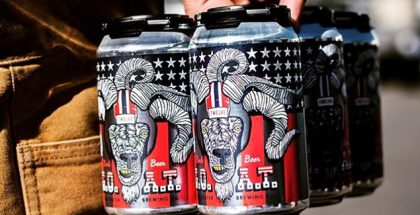