We need to have a talk.  You announced your list of best everything nominees today and I have some questions. I understand that with cable TV producing more and more original content, it becomes harder and harder to choose what is the best.  I think where you went wrong is that you didn’t look at a complete list of those eligible for the awards this year.  You must have been looking at a list of past winners and chose from there.  This honestly wasn’t a bad strategy as there really aren’t many complaints against those nominated (but there are a few, and we’ll get to those).  But maybe next year, may I humbly suggest looking at the broader spectrum of actors, actresses and shows and really thinking about the work they put out in that particular year? I’m going to take this opportunity to inform you of some [SPOILERS] below. I only say this as its pretty clear from the nominations you might not have completely watched everything you should have. The list of those who did outstanding work that did not receive your recognition would feel like an In Memoriam and as they still live on, I shall not list them.  Well, except for Michelle Fairley who essentially died in your eyes along with Catelyn Stark.

I can see where you probably got caught up in all the hooplah of series produced for the internet being nominated and I forgive you.  But can we agree- between you and me- that if you had time to really sit down and think about it, you would have nominated Sons of Anarchy or The Walking Dead instead of House of Cards?  While I understand this blunder, I honestly do need an explanation for Downton Abbey.  Sure, it was amazing the first season but do you really think this season was worthy?  And honestly, do you believe in your heart of hearts that the deaths of Sybil and Matthew are more award worthy than Opie?  Sybil died in bed surrounded by family.  Opie died in prison, beaten to death with a lead pipe while his brothers-in-arms watched helplessly behind bullet-proof glass.  I mean, sure Sybil’s death was ‘better’ than Opie’s in that Sybil was stupid and the worst so her dying was ok. But that’s not what we’re trying to recognize.

Which brings me to your biggest blunder.  I wasn’t even going to bring it up as I’m sure you’ve received many letters like mine complaining of your peculiar choice.  Your president said Thursday morning as he was introducing the announcers of the nominations, that the Emmys recognize creativity and excellence in television.  So you can understand my confusion when you decided to nominate The Big Bang Theory for Outstanding Comedy Series.  I hope you understand “Outstanding” in this context is supposed to mean “Exceptionally Good.”   As in, “Wow! The New Girl and Parks and Recreation were exceptionally good this year.”   I see how you might have understood it as its second meaning, “Clearly noticeable.”  As in, “It is outstanding how bad Big Bang Theory is.”  If you could please confirm this mistake or offer an alternative explanation, I would greatly appreciate it.  Please send your reply posthaste.

I look forward to your answer to the above. One final thing I must address: Neil Patrick Harris is cool. We get it. But don’t you think that Amy Poehler would be a better choice? She’s blonde too. The dummys you’re trying to placate with NPH wouldn’t even notice.  I know that sounds harsh and I apologize, however, in the future I would greatly appreciate it if you would consult me before making these decisions; I think together we could avoid some glaring mistakes. 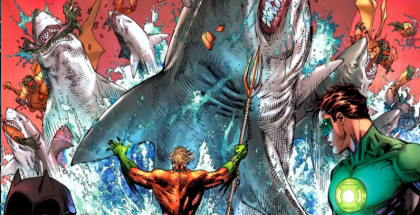 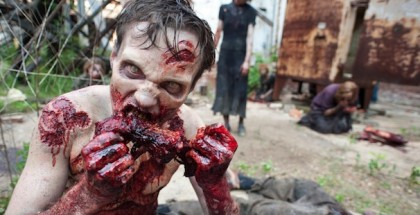