If you ever happen to find yourself in Lincoln, Nebraska, make your way to Zipline Brewing. Better yet, make your way to Bread & Cup or Jack & June’s. Not only are these delicious restaurants in a city that isn’t particularly drowned in options, but these are the only two places in town with Zipline’s Jack’s Pale on draft. In fact, besides the brewery itself, these are the only two places you can even get the beer—it’s a Zipline/Bread & Cup/Jack & June’s exclusive. And it’s delicious.

I happen to find myself in Lincoln a couple of times a year, trailing the heels of my sexy boyfriend who just so happens to be born and bred (and homeschooled) in the great state of Nebraska. And it just so happens he ended up with great taste in food and beer, so last week we found ourselves on the bar stools of Jack & June’s sipping on Jack’s Pale.

The beer was/is/is always (?) on nitro, something you might typically associate with a hearty stout or, I don’t know, something else that isn’t a pale ale. But boy, does it do this beer justice. Quite possibly one of the smoothest drinking pale ales I can remember drinking (although that might not necessarily be a fair measure.), it’s so balanced and light on the hops that it’d be easy to drink six of these and never even notice. (Except you probably will later.) 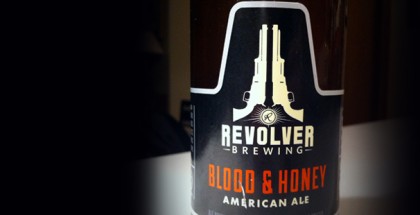