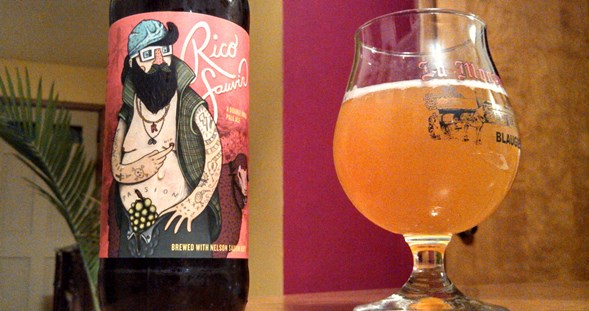 I passed a lone bottle of Against the Grain’s Rico Sauvin IPA at Party Mart in Louisville, Ky. And then I stopped. And then I picked up the bottle. The gentleman on the wrapper peered suggestively at me. I registered vague surprise that the bottle wasn’t sticky.

I mean… look at that dude. He is so skanky. The pimply nose… the hop cone mustache… the tickled nipple. He stares into the skanky part of your soul. Then again, I think he reflects the beer-drinking facet that I love the most: skanky soul-searching. Preferably at 1AM+. I carried the bottle to the counter.

“That beer is flying off the shelves,” the cashier said.

It rang up as ‘expensive for a 22oz.,’ so I guess Against the Grain is rather proud of it.

At home, I grabbed a glass and filled up. The beer poured deep amber – like IPAs do. The color paled slightly at the perimeter. I sniffed.

The nose on Rico Sauvin is huge, fruity, and dirty. I won’t pretend to qualify all the varieties of citrus in play. It was sweet, tangy, thick, and earthy. I could say “gnarly pine-grape-orange-fruit-apple,” but it wouldn’t represent the appeal. To me, the coolest component of the aroma was the garden-earthiness that girded the grapefruit-orange-peel-leafy-stemmy insanity. It reminded me of the robust shuffled-grass smell that you’d get from Schlafly’s exceptional Tasmanian IPA. Incidentally, both of these brews showcase Australasian hops.

I was unprepared for the taste of Rico. My initial swig of AtG’s huge IPA comprised a full-bore earthy hop knockout. I couldn’t find any the fruitier notes amongst the resin. On the second drink, the beer revealed a floral, gritty lemon rind. I found tart grape around the fifth sip, and deep citrus character that I’m under-equipped to qualify (what’s a gooseberry?) once I had acclimated to the boldness of the hop. Even still, I found the flavor and aroma to be wildly – and pleasingly – divergent.

The beer maintained an unhinged, resinous hop overtone throughout. Each taste left an alluringly astringent aftertaste. There was an airy, alcoholic undertone. It reminded me vaguely of gin.

Rico Sauvin is almost resonant in its obstruction of the palate. Do not eat anything delicate after you drink this beer. Or during. After you finish your bottle of Rico Sauvin, you are dismissed to drink Budweiser for the rest of the night. Given the premium on Rico, this may be your safest bet.

But: you’d be remiss not to try it. Rico Sauvin is a fun quaff. Drink up! 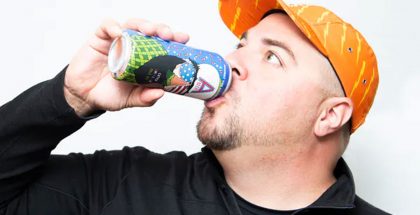 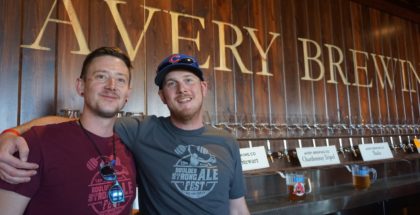