Novembeer is upon us. Let the beer dinners and big beer releases commence. It’s time to track down those cellarable, limited bottles starting to hit shelves and stock up on your favorite brewery’s cold weather gear. It’s going to be a great fall! So many anniversaries this week! Help your favorite breweries celebrate their beerthdays! 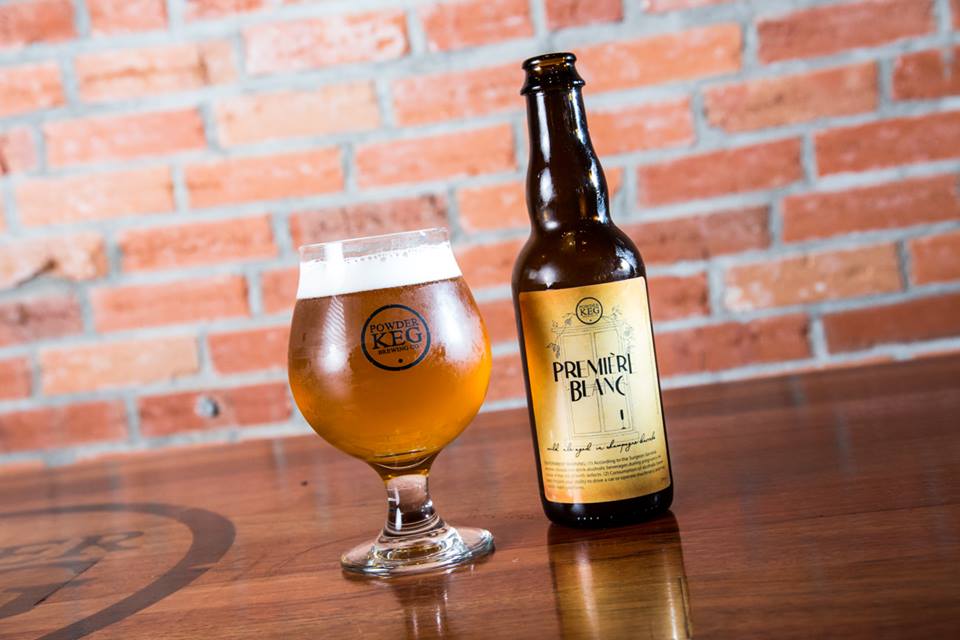 Premiere Blanc – Champagne barrel-aged golden sour ale. Bright citrus tartness, finishes with white grape and subtle pear flavors. Nicely rounded out with flavors of oak and vanilla. Now available in the Powder Keg taproom (375 ml, $10 per bottle, limit 2 bottles per customer) and at Hazel’s Beverage World, North Boulder Liquor and Small Batch Liquors. If y’all have been following Powder Keg on this site over the past few months, you’ll know that despite being only operational for a few months, they are already a major force to be reckoned with went it comes to barrel aged sours. Don’t miss this gem!

Every Wednesday, they release a fun and interesting one off cask. Join them on Wednesdays to see them release their creative side! November is “Happy Thanksgiving” cask month! How about all the things you love about Thanksgiving in four tasty beers! Up this week is their “Spiced Up Cranberry Sauce Golden Cask“, their golden strong ale made with jalapeños and fresh cranberries. 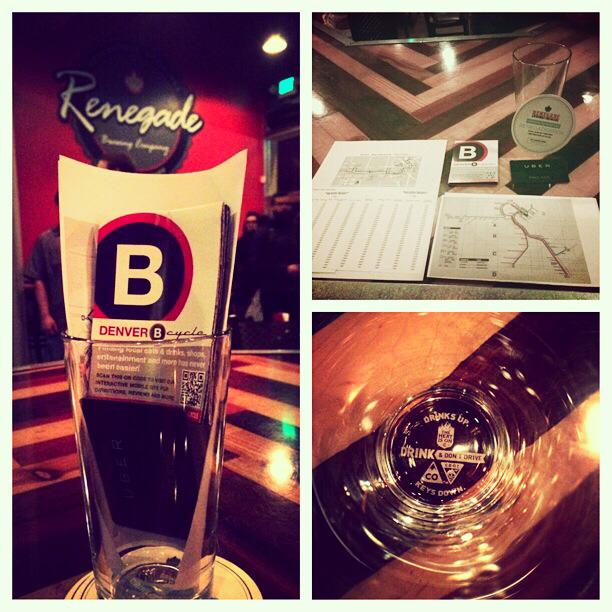 The fine folks over at Renegade Brewing Co. are hosting a conscious imbibing event. The first 48 people at Renegade after it opens get $1 pints all night, but, there is a catch – you cannot drive home. The event is called “Drinks Up, Keys Down” pint night. The first 48 people in the door get a specialty pint glass filled with non-driving info and then all pint pours are only $1 as long as you do not drive. This is a first come, first served event starting when the brewery opens at 2:00pm. What a cool idea for an event to promote responsibility for all.

For this week’s River North Brewery  Wayward Wednesday, they need you as their guinea pig! They have a pilot batch of their third can, River North Farmhouse, and want to know what you think! On tap Wednesday at 3pm, in cans early next year! 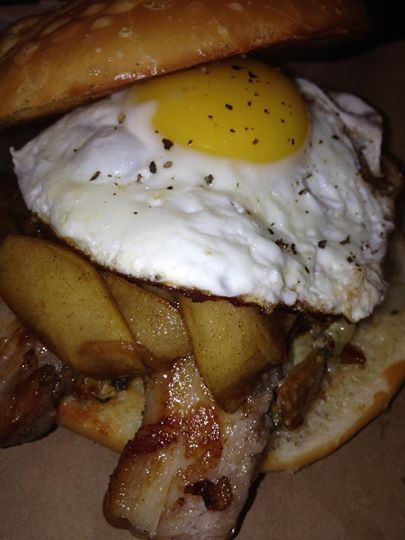 Wednesday is $2 Craft Can Night from 5pm-close at Hops and Pie.  This week’s artist sando of the week is breakfast style: Crispy confit pork belly, hash, fried egg & maple apples on a griddled house roll!! 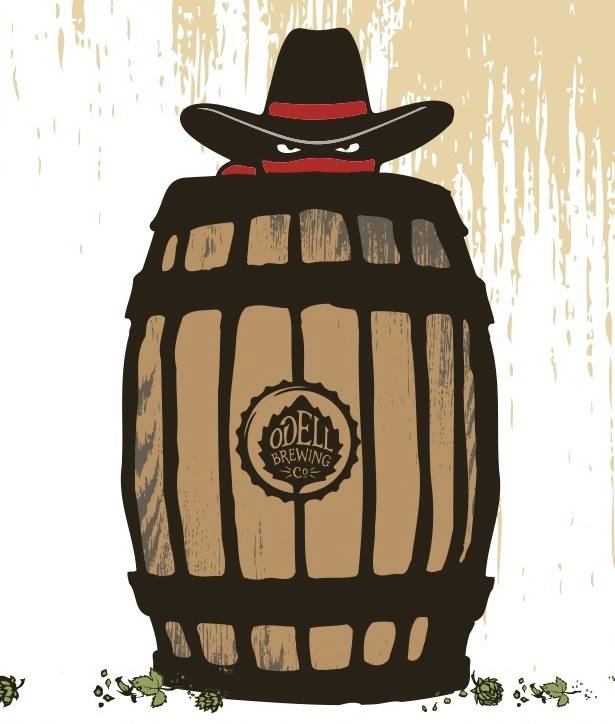 Just a heads up that this Wednesday, Odell Brewing Company will be attacking Green Man’s taps for their Tap Attack & Pint Night! With the purchase of any of the Odell beers they will have on tap, you’ll get a cool glass to take home as well as tickets for their drawing of cool Odell swag. Odell has been able to find some great beers for Green Man to pour including a keg of Barrel Thief; an oak aged Imperial IPA (read Myrcenary with a kick of whiskey and oak!).

The blokes at RB are celebrating 23 years of fresh, hand-crafted beer and delicious pub fare. Join in at 6pm for the tapping of their Anniversary Brew. John has made a Raspberry Porter for this celebration this year. They’ll tap at 6pm and serve a complimentary glass until 6:30 pm.

Fruit and Heat go really well together. So, High Hops put that shit up in some suds and our tapping that firk’y firk-firk of Pineapple Hatch Green Chile Beer this Wednesday. A light American wheat with fresh hatch green chiles and pineapple added at secondary to create a nice sweetness and mild heat from the peppers. Olé! 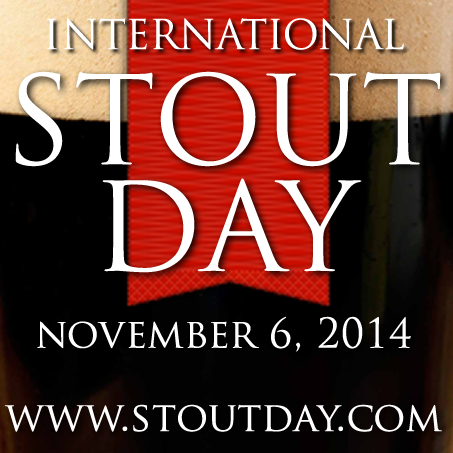 November 6th marks the fourth annual International Stout Day™. On Thursday, November 6th 2014, craft beer drinkers across the globe will raise a pint in a collective toast to one of craft beer’s most beloved styles: the Stout. It’s all about celebrating the craft beer revolution, relishing in the beer style of the day, sharing your photos, tasting notes and events with the world. Share Your Stout! #StoutDay @StoutDay on Twitter. 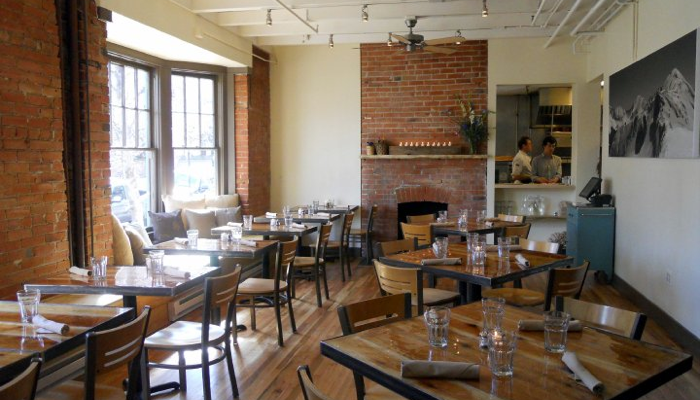 The Funkwerks Tap Takeover at Café Aion is this Thursday! The menu of suggested pairings is looking delicious! The Tap Takeover starts at 5pm on Thursday November 6th, but don’t worry if you can’t make it then; Cafe Aion will be running the special beers and pairings through Saturday night!

Butcher’s Bistro opened less than 1 month ago and if you haven’t checked it out yet, now is your chance. This new addition to the Ballpark neighborhood– located in the space that used to be Jeff Osaka’s Twelve– is hosting a beer dinner. This brand new bistro will pair a five course meal with brews from the Great Divide Brewing Co. The menu will consist of dishes made with locally sourced and fresh ingredients with an emphasis on using of every part of the animal. At only $50 a person, this deal is hard to beat. Email [email protected] to make reservations.

Post Brewing are taking over the taps at The West End Tavern. Enjoy great convo with Bryan Selders & Nick Tedeschi, good music by Flynn & Co and even bette, lot s and lots of #craftbeer. First 48 people to buy a Post #craftbeer that night will get a free Post can glass!

FIRKIN! It’s Firkin Friday at Dry Dock, where the brewery taps one of their beers that’s been cask-conditioned… usually with a twist! This week, they tap  their caramel apple old ale! Also, the brewery just released their Double Brown Ale and Hazelnut Double Brown Ale in their Barrel Aged Series. Pick them up if you dare!!!!

Their annual Opening Day Kickoff Party is coming! Just added to the bill Colorado’s own Reno Divorce playing a special set to open the Never Summer Industries movie “Dang Bud.” In just 4 days Breckenridge will be teaming up with Never Summer Industries to throw another Opening Day Party at Punch Bowl Social – Denver! Tons of giveaways, a mechanical bull, adult trikes, free waxing and edging from 720 Boardshop, pop up shop fromZeal Optics, Ink Monstr.. and more… all for free! 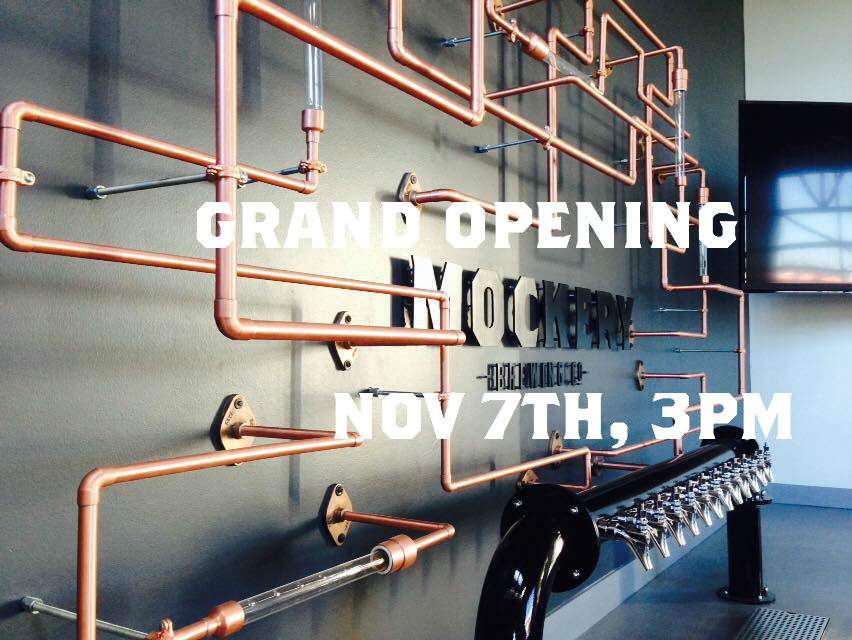 Don’t forget! This Friday, November 7th at 3pm marks the GRAND OPENING of Mockery Brewing Company. Mockery joins the joining legion of breweries in the River North/Five Points area of Denver. Stop in to say hello and welcome the newest brewery to the Denver scene.

We are having a Henna Tattoo party November 7th, starting at 6pm. Join us to pick out your new henna tattoo, have some drinks and eat some delicious pizza!

5763 Arapahoe Ave, Boulder, CO 80303
Be they dank or piney or floral or tart, spiced or fruited or dry-hopped or wet, Double or Imperial, a little of some or all those together, they celebrate India Pale Ale in all of its iterations and strengths! There will be IPAs from all over the country represented. Prepare your palate to be hit by hops! Your ticket gives you entry, sixteen 4oz pours and a commemorative glass. Additional drink tickets will also be available for an additional fee. Sorry, no children, babies or dogs allowed. Print off your ticket or show it via your smart phone. Last call will be at 4:45pm. All festival profits will be donated to Emergency Family Assistance Association, which helps those in our community whose immediate needs for food, shelter and other basic necessities cannot be adequately met by other means, and supports their efforts toward financial stability or self-sufficiency. Tickets available online at Eventbrite. 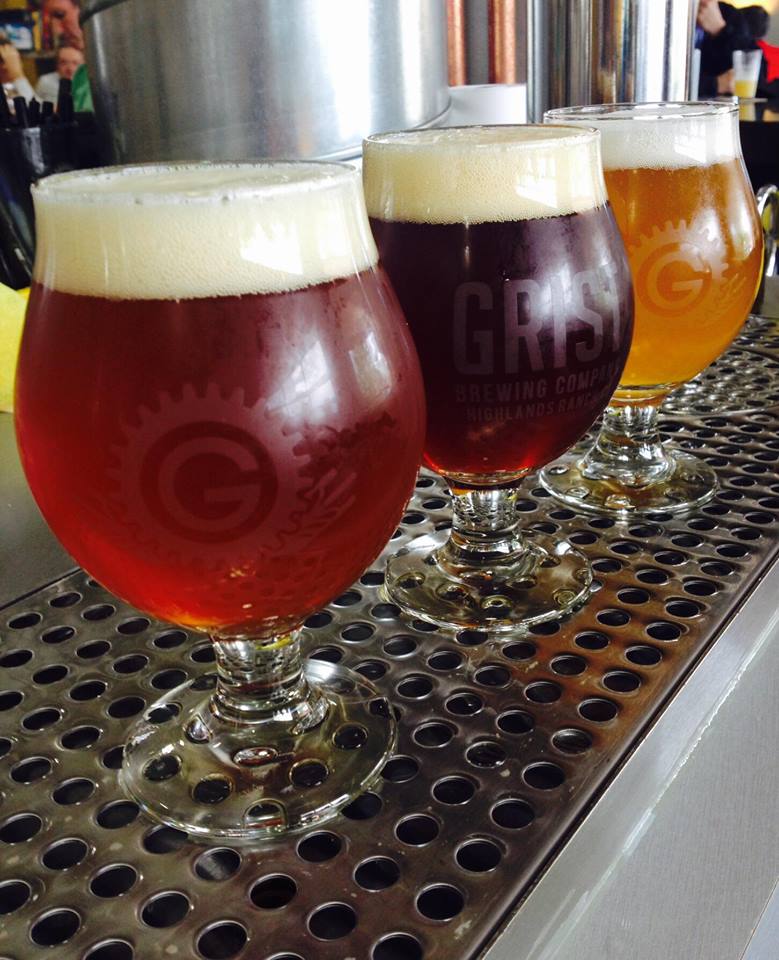 Grist Brewing are celebrating their 1st Birthday on November 8th in the taproom! It’s been a wild year and they want to celebrate it with all of the people that have made it possible,pssst, that’s you! Churn and Burn BBQ & Ice Cream will be slang the sweet and savory all day. They’ll also be doing beer releases every hour on the hour, including their first barrel aged beer release. Cheers to years of more beers!

Dry Dock microbrewery is turning 9 years old, and celebrating on Saturday, November 8th from 11am to 11pm. Head to the South Dock tasting room for live music by The Royal Aces (from 2 to 5pm), as well as special tappings throughout the day. Guests can expect Barrel-Aged Wee Heavy, 2012 Bligh’s Barleywine Ale, Sour Apricot Blonde Ale, and Barrel-Aged Imperial Stout, among other seasonal, small-batch offerings from the brewery.

The Source, RiNo’s artisan food market, has helped revitalized this once industrial neighborhood. One year after its opening, it’s still a destination for all food lovers. Gourmet restaurants like Acorn and Comida as well as other foodie favorites like Babette’s Artisan Bread, Crooked Stave Brewery, and Boxcar Coffee all thrive at the Source. Head there this weekend to celebrate The Source’s Anniversary with live music, DJs, giveaways, specialty food demos and samples, discounts, surprises and more.

When it comes to Anniversary Parties, you either go big or go home. It has become very evident that Upslope Brewing’s Anniversary Party this weekend is going with the former option. Saturday’s celebration of Upslope’s 6th Anniversary will take place from 2-8 p.m. at their Flatiron Park location and will feature over 40 beers on tap, a majority of which have never hit store shelves. The event also debuts the release of their 6th Anniversary Ale, an Imperial Saison brewed with Merlot Grapes and will include a cheese and beer pairing from Cured, a host of local food trucks and live music throughout the afternoon/evening. But seriously, that pour list tho… 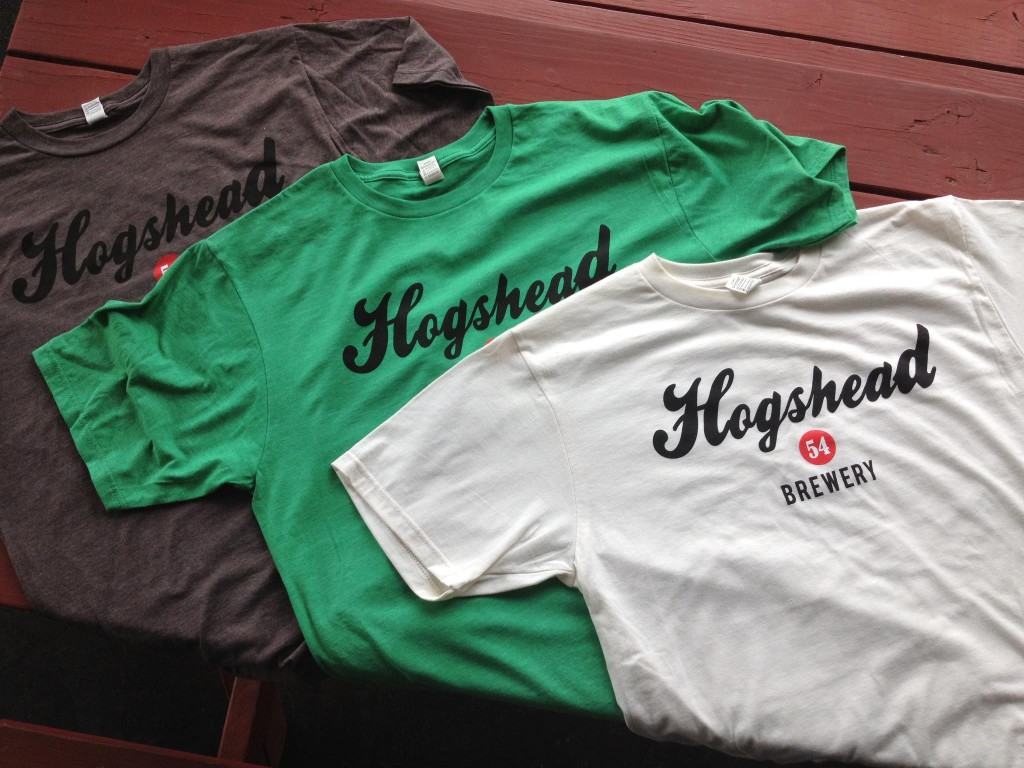 Howdy, Hogshead faithful! This upcoming Sunday, November 9th, they have a special guest joining them for a special firkin tapping at the brewery. World-renowned beer historian, author and journalist, Ron Pattinson, will join them to tap a wood firkin of 1845 Lovibond XX Yesteryear Mild – a 6.5% Mild using historiacal, barley varietals. As part of his limited, North American, four brewery tour, Mr. Pattinson will appear to tap this rare beer and chat English beer history. Join them at 6pm at Hogshead to enjoy a tasty brew and mingle with a big-time beer authority!

Time: Open to close at each location’s regular scheduled hours.

It’s Monday and that means 2 for 1 Growlers at Prost Brewing. And two punches on your bier card. Do you have a bier card? You buy ten growlers and you get your 11th for FREE. Did someone say free bier? 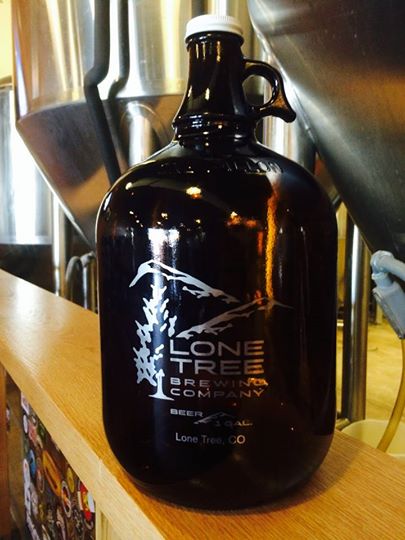 It’s Growler Monday once again! Bring in your LTBC growler, have a pint or two and pick up some merch.

German for “Big Beard,” this brewery is planning a Grand Opening in Mid-December but that doesn’t mean you can’t enjoy some of their liquid bread before then while you stroke at your face mane. Stop in to show these blokes some love and check out their beard-centric brewery this week.

Thanks for joining us for another installment of PorchDrinking’s Weekly Denver Beer Beat. The Denver Beer Beat brings news of openings, special tappings, firkins and one-off batches, bottle releases, dinners, pairings, anniversaries, tap takeovers etc. each and every week.

Did we miss any events in this week’s? Let us know by emailing us at cory{at}porchdrinking{dot}com. 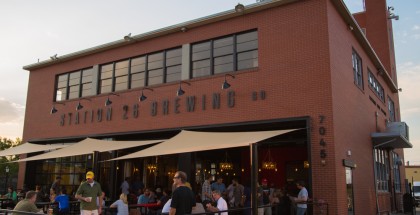