Odd13 Brewing is from old town Lafayette, Colorado. They focus on hoppy American, Belgian and experimental styles. Every beer that Odd13 creates falls into a group of other beers they produce, like The Odd Squad, The Legion of Odd, The Sidekicks, etc… A new group called Bi-Monthlies are starting to show up at local beer stores throughout Colorado. This Bi-Monthly group is made up of sour beers released in cans every two months. Each beer is specifically crafted to suit the season in which it is released. This month <3 Machine was released. 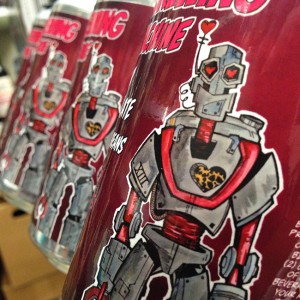 <3 Machine is a red sour ale with cacao nibs and vanilla beans that come in a four pack of cans. When poured out it looks like a copper ale with a very slim white head. The initial smell is a blast of sour notes with no brett ‘damp sock’ funk. Scents of vanilla show behind the sour notes. Right from the first taste you evenly notice the sour and vanilla flavors. A unique balance between the two prominent tastes. My initial way to describe the taste would be drinking a La Folie from New Belgium that was strained through whole pods of vanilla. Oddly this sour makes sense for a February release. I typically like to drink sours on a warm sunny day but the warming notes from the vanilla make this a great winter sipping beer. Additionally, having a 4 pack of cans is perfect to enjoy a sour without having to break the bank or drink a bomber by yourself. 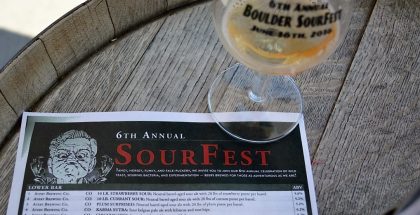 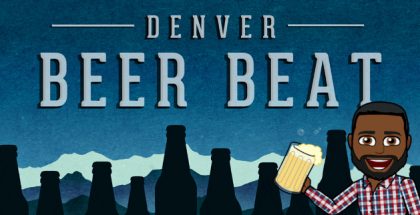