With Father’s Day on Sunday, Diebolt Brewing, in Denver’s Sunnyside neighborhood, fit this week’s bill all too well. Diebolt Brewing is the brainchild of father-son duo Dan and Jack Diebolt. They come from a long lineage of brewers and wine-makers, so the decision to open a brewery came somewhat inevitably. They bring a lot of their family history into their brand and beer, from their art-deco branding to their French-influenced beer styles. So crack open a beer with Dad and scroll through Dustin’s stunning photos of Denver’s Diebolt Brewing.

Check out more images at The Brewtography Project.

Welcome to the InterNEAT! Volume 95 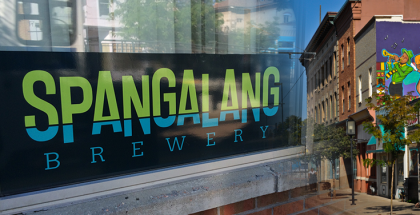