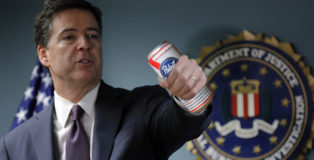 Thursday’s James Comey testimony before the Senate Select Committee on Intelligence could end up being one of the most watched live broadcast court case since the OJ trials. The former FBI Director’s court appearance has generated such a buzz that several D.C. based bars already have plans to open early to broadcast the testimony.