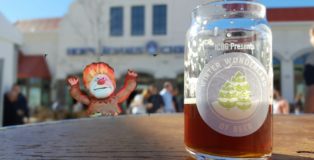 The mighty rodent and his all-powerful shadow cannot defeat the mighty force that is the Illinois Craft Brewers Guild. On February 18, the temperature soared to 70 degrees as beer fans flocked to the Guild’s Winter Wonderland of Beer Festival (#ILWinterFest). Then again, in a winter where Chicagoans haven’t seen more than 1″ of snow since mid-December, maybe this is six more weeks of winter, 2017! Out with Chiberia, in with Chindiago! END_OF_DOCUMENT_TOKEN_TO_BE_REPLACED