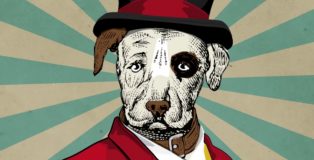 Tony Magee started his brewery dream back in 1993 in Lagunitas, California. The goal was to create bombastic beers that teemed with the plentiful hops found on the West Coast, and to have a lot of fun doing it. Originally an Illinois native, Tony has grown into somewhat of a national celebrity when it comes to craft beer due to his unique brewing practices that led to creations like Undercover Shut Down Ale, his outspoken personality, and the great beers his brewery(s) have produced since his early days.

Now, Lagunitas Brewing Company is an international power, its IPA is the current #1 best seller in packaged formats and they produced around one million barrels of beer last year. In many ways, Magee’s creation is the perfect example of craft beer’s explosive growth over the past two decades. But then again, Lagunitas is an outlier in the current craft beer environment. They’re not like your standard brewpub or trendy hazy IPA factory. If you’ve visited their massive 300,000 sq. foot Chicago brewery facility, decorated with secondhand furniture and mind-melting dog murals, you’d recognize that. As craft beer infiltrates every last avenue of American consumerism, Lagunitas has found a way to stay weird. I asked Karen Hamilton, Lagunitas’ Communications Director and Tony’s sister, how they’ve been able to stay true to their brand for 25 years.