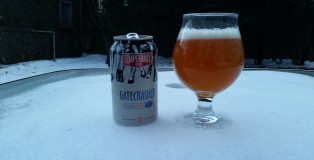 It’s February in Chicago and by this point, we all have the same stinging feeling the mayor of Sun Prairie, Wisconsin is experiencing.  But also, it’s February in Chicago which means you’re running out of time to boast about grilling outdoors in the dead of winter. So in the spirit of flipping off the polar vortex, throw on your knit cap, fire up the grill, grab a beer and pretend Spring is right around the corner. I find that the best way to achieve this mindset is to dive into a Gatecrasher IPA by Evanston, IL brewery, Temperance Beer Co.