Our Favorite Puns and Beer Names From GABF 2018

With more than 4000 beers being poured at GABF last weekend from approximately 800 breweries, you probably didn’t get a chance to try them all. Even if you liked beer as much as a certain Supreme Court Justice nominee, you still probably wouldn’t have been able to try every beer on site. Regardless, we did do some extensive investigating of the beers at GABF and compiled a list of our favorite beer names.

Be forewarned, it has become very evident that brewers love puns and this list chock-full of them. So here’s our round up of some of the most clever, witty, and generally hilarious beer names we discovered at the 2018 Great American Beer Festival. 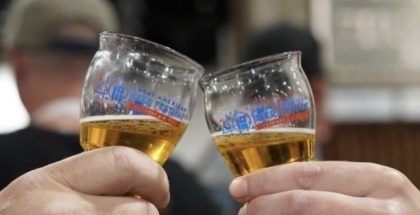