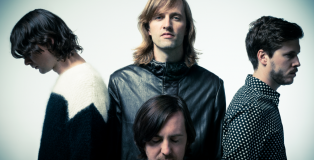 The Australian electronic band Cut Copy, though formed in 2001, has become more successful these past few years with their appearance at large music festivals such as Governors Ball, SxSW and Lollapalooza, as well as the release of their hit albums “In Ghost Colours” and “Free Your Mind.” Their eclectic pop vibes, though youthful and lighthearted, are admirable and majestic, despite their seasoned veteran status. This playlist features some of the best Cut Copy songs, in my opinion, yet also includes singles from other bands that have similarly fresh sounds.