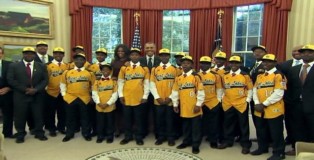 There’s an old saying that goes in team sports: Players win games, coaches lose them and refs ruin them. In a sense, that is what Chicago’s Jackie Robinson West is dealing with after their successful 2014 Little League World Series Championship has been stripped. After being discovered for recruiting ineligible players outside of township lines. The whistle-blower in this case, Mountain Ridge Little League, the de-facto US championship as it so happens. A couple days of passed since the ruling, and the internet is buzzing with conspiracy theories, motivations, and plenty of victim claims.