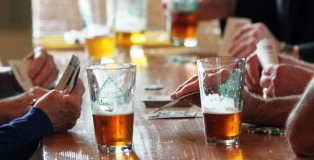 It was announced this week that two big names in beer, Mikkeller and Three Floyds would be teaming up for a new brewery in Copenhagen, which leads us to ask … if you were able to collaborate and brew with any brewery in the world, which would it be and why?

The staff weighs in on their dream brewery collaborations.