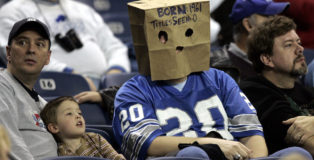 The NFL season is in full force and several teams are competing for a playoff spot. There are some teams however that do not stand a chance even making the playoffs. Rumors are floating about key players being traded, coaches being fired, and who is in the competition for #1 pick in the draft. While several teams’ seasons have been over for weeks that isn’t an excuse to not have a good time. The best way for players to get through the next few months is with a beer that helps them forget (or remember) their team’s woes.
END_OF_DOCUMENT_TOKEN_TO_BE_REPLACED