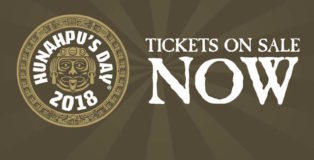 Yesterday, Tampa’s Cigar City Brewing released a preliminary list of participating breweries for their 2018 Hunahpu’s Day event. This annual event is a celebration that is centered around the release of Cigar City’s Hunahpu’s Imperial Stout and is the only way to snag bottles of that elusive brew. The announcement, which came via the brewery’s Facebook page,  The post listed over 75 breweries from the “South” region and promised that more would be unveiled in coming days.
END_OF_DOCUMENT_TOKEN_TO_BE_REPLACED