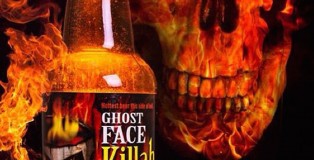 In the course of discovering new beers, you inevitably uncover some concoctions that seem… strange. Maybe they showcase an unusual flavor, or an odd ingredient; maybe they just make you go, “huh.” Sometimes they’re downright scary. These are the brews that push the envelope a little further than you wanted. Their recklessness inspires respect… and maybe a little fear.

I decided to construct an Ultimate Sixer to showcase a few of the beers that have caused me a moment of questioning pause. What would happen if I ever decided to drink all of these at once? Would I die? It’s exciting, isn’t it!

Let’s check it out! Six Beers I’m Afraid to Drink: