#The Pit & The Pendulum Archives – PorchDrinking.com 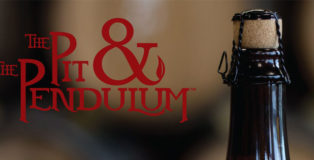 Things of late have been eventful for me, dear readers. A new home, a newborn nephew, and now my first foray into SweetWater Brewing Co.’s The Woodlands Project. The Woodlands opened its doors around this time last year (October 2016) and ever since has served as HQ for SweetWater’s barrel-aging program where they produce small-batch “funky, sour, or otherwise awesome beers.”