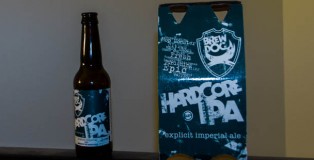 When I think of India Pale Ales, I don’t think of The Subcontinent, I’d venture to guess that most of you don’t either. Maybe California or Comstock, MI, but probably not India. The IPA is a British invention that is as tired as that other big British invention: Watt’s steam engine. America does IPAs the right way – the American IPA is the Saturn V rocket to the paltry British IPA. Or at least so I thought. END_OF_DOCUMENT_TOKEN_TO_BE_REPLACED