A few things we learned from this week in pop culture. Buckle up, this is a long article – almost as long as the script for “The Hobbit” or the line outside 30 Rock to see Louis CK on SNL.

“The Hobbit” is going to be crazy long

And that’s just the first of the THREE Hobbit films being made by Peter Jackson. Of course there’s reason to celebrate and anticipate the premiere of “The Hobbit” – after all, Jackson’s “Lord of the Rings” movies were box office gold, and the third won received the Academy Award for best picture. But there’s also reason to worry.

The first “Hobbit” is going to be 2 hours and 40 minutes long. Allow me to put this in perspective for you. Part ONE of this series is going to be only 10 minutes shorter than “Fellowship of the Ring,” Jackson’s adaptation of a 531-page book. He took 170 minutes to tell a story 531 pages long. So should we worry that he’s taking 160 minutes to tell one-third of a story only 310 pages long to begin with?

Don’t get me wrong. I’ll still see “The Hobbit.” Possibly at midnight when it opens (it’ll practically be time to go into work by the time the movie is over). But I’m beginning to get a bit nervous that this might be more of a “King Kong” than a “Return of the King” in terms of pacing.

Arnold Schwarzenegger is returning to one of his most famous roles. There’s going to be another Conan the Barbarian movie. Does this make any sense to anyone? Was anyone clamoring to see MORE of Arnold, as if his book promotion wasn’t enough? Does casting 65-year-old Schwarzenegger as a barbarian make any more sense than just giving the role of Conan to Conan O’Brien?

This is one movie I will not be seeing. But props to Ah-Nold for staying in the game so we can remember him as a terrible actor, not as a terrible person who tore apart his family by hiding his love-child for nine years.

Skip to the next bullet-point if you haven’t watched this week’s episode of “Parks and Recreation.” If you have watched, though, let’s celebrate!  Ben and Leslie are engaged! The cutest couple on TV since April and Andy have finally made it work, despite Ben’s career ambitions. Tell your friends to watch this show. It’s about time people realized that TV networks can make clever and heartwarming shows as well as cable. 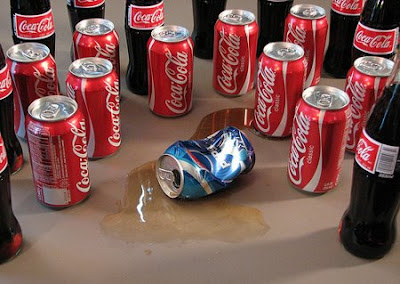 Coke vs. Pepsi now going to be a show

Speaking of cable TV shows, apparently the Bravo network is pursuing a TV show – a scripted drama – which will show the behind-the-scenes stories of the battle between Coca-Cola and Pepsi Cola in the 1980s. I now present a sample of the potential dialogue in this show.

Pepsi Exec 1: “Those bastards over at Coke are developing something called New Coke.”

Pepsi Exec 2: “…That’s genius. Customers will demand regular Coke back, and then sales will spike! They’re building support for their brand’s classic formula!”

[SERIES IS CANCELED BEFORE THIS SCENE ENDS]

Taylor Swift has a new album, and is single

You can say “Poor T-Swift” because she just broke up with her 18-year-old boyfriend Conor Kennedy. Or you can say “Poor T-Swift” because seemingly every song on her new album is about heartbreak – except the ones about Conor Kennedy, written in happier times. But don’t feel bad for her. She is making tons and tons and tons of money. The girl has turned bad relationships into a hugely profitable business. Yes, every joke about her writing break-up songs is unoriginal at this point, but her album sales prove that unoriginal works.

Have you seen the trailer for “Iron Man 3?” Way to suck all the fun out a vibrant and quippy super-hero, Marvel, and try to inject a bit of Dark Knight darkness into it. The new trailer finds Tony Stark confronted with not only Ben Kingsley as a weirdly non-Chinese-character-named-The-Mandarin (maybe he likes mandarin oranges), but with his own sad sense of being unable to protect what he cares about.

Boo, I say. Iron Man is best when he’s hijacking congressional hearings, pissing off the military, and delivering one-liners about Scarlett Johansen’s boobs. Let’s not have him worry about his mortality. We have Batman for that.

Louis CK is the best comedian alive right now. And though his cable show isn’t returning until 2014 (Say it ain’t so!), he still continues to climb in prominence. This coming Saturday, he’s hosting Saturday Night Live. It might seem like a weird fit, as Louie’s profane comedy and counter-cultural appeal don’t on the surface seem to match live network TV, but I for one think this is good for both SNL and Louis himself. I will be watching this Saturday, and I encourage you to do the same.

In the meantime, Louis had to cancel one (or more) of his NYC shows this week because of Hurricane Sandy. He sent an email to everyone who bought tickets promising refunds AND primo seats next time he’s in NY. And if the PR of that isn’t good enough, here’s this line: he refers to the hurricane by saying “monster sandy franken storm Paul Bunyon shitcloud might start throwing trees at babies in Manhattan.”

I think Louis has a future as a weatherman.

Thoughts and Prayers Go Out to the Northeast 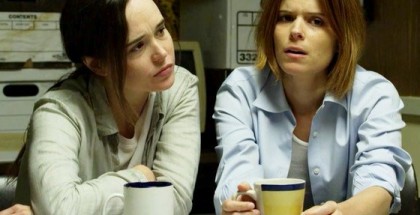