It’s that time of year again. Hollywood’s finest (and Jonah Hill) will be walking the Red Carpets of the Kodak Theater this Sunday. This probably means your office has put together some sort of Oscar Pool and you are scrambling to find out just exactly who is going to take home those semi-nude golden men to place delicately on their mantles. Well, look no further! For, Nate Tapp, pop culture guru, is here to help you sort through the chaos and tell you who will win the Oscars this weekend as well as who I wish would win in the eight big categories of the year. Just a reminder to join us tonight at 6:45 Eastern, 4:45 Mountain for our Oscars Live Blog.

Should Win: Plenty to choose from here. American Hustle seems to be the overwhelming favorite, but I always feel that this is the Academy’s time to throw a bone to the true auteurs of the industry (e.g. Charlie Kaufman in 2005 for Eternal Sunshine of the Spotless Mind). And what screenplay does a better job than the one from Kaufman’s good friend: Her by Spike Jones. His script is truly original and absolutely fantastic.
Will Win: Again, American Hustle is picking up steam, so don’t be surprised if it takes the award home. However, I am going to go with Her here.

Should Win: It’s a shame Before Midnight is lumped together in this category (is it because it’s a sequel?) because it is a beautiful piece of writing. Unfortunately, it’s not a match for…
Will Win: 12 Years a Slave. Apparently this film is to be included in High School curriculum for the next… forever. And why not? An astonishing tale, adapted marvelously that reveals one of the most harrowing stories in our long, somewhat dark history. If everything pans out as it should, this might not be the only major award these guys take home this evening.

Should Win: You could make a case for Steve McQueen here, but the truth is Alphonso Cuaron did something that had never really been done before. Gravity, a movie three years in the making, was a true tour de force. Cuaron, an auteur, poured his heart and soul in this film and his work should find a strong payoff. It’s always nice when passion projects work out, right?
Will Win: Yep, it’s going to be Cuaron.

Should Win: Jared Leto is great in Dallas Buyers Club and the unknown Barkhad Abdi was awesome. But can I just say that Jonah Hill was actually really damned good in Wolf of Wall Street? I mean, really. I know we like to joke that Jonah Hill of dick-drawing fame is a TWO-TIME Academy Award Nominated actor, but he put on a great performance in Moneyball and an even better one in Wolf. But I’m going to have to go with Michael Fassbender here. His turn as the southern plantation slave owner was dark and layered.
Will Win: With that being said, Jared Leto is going to be an Academy Award Winner, people. Sure, his role as Rayon was pretty spot on, but his music still sucks.

Should Win: Jennifer Lawrence is Hollywood’s new darling, and they aren’t going to miss a chance to throw more Oscars at her (I smell a Meryl Streepesque level of nomination coming her way), but her performance in American Hustle was only okay (I liked Katniss better). With that being said, Sally Hawkins is my pick for who should win. In a movie where Cate Blanchett gets all the praise, Hawkins might have the top performance.
Will Win: This is a tough one. On one hand, you have the Academy’s hard on for Lawrence, but on the other you have Lupita Nyong’o, who (if you haven’t heard) is an absolute badass. Having starred in one (count it, one) short film before her role in 12 Years a Slave, she is the candidate ripe for the JLaw upset. Plus, I don’t forsee 12 Years winning many acting awards, so we can call this the Academy’s sympathy vote.

Should Win: Leonardo DiCaprio. Hands down. The fact that this guy doesn’t have an Oscar is frightening. He should have snagged it for The Aviator (Jamie Foxx somehow turned a great Ray Charles impression into Oscar gold) or at least for his turn as Calvin Candie in last year’s Django Unchained. But, good god, Jordan Belfort might be his finest role yet. Not to mention DiCaprio gives the physical comedy performance for the ages with his quaalude-induced jaunt to his car. Awesome.
Will Win: Chiwetel Ejiofor has a shot, for sure, but I feel like this will be Matthew McConaughey‘s to lose. Dallas Buyers Club was a solid film with some fantastic performances. That paired with McConaughey’s work in Mud, Killer Joe, Magic Mike, and HBO’s magnificent True Detective, McConaughey has found himself in his own little McConaughaissance. Plus, rumor has it we’ll be getting an “Alright, alright, alright” if he ends up winning. So, at least you have that to vote for!

Should Win/Will Win: Unless you have been living under a rock, you are fully aware that Cate Blanchett is going to win this award because Cate Blanchett.

Should Win: I really want to live in the world where Her could feasibly when Best Picture. The movie is gorgeous, original, and incredibly movie. Joaquin Pheonix (who was absolutely snubbed this year) absolutely tears it up. ScarJo is fantastic as the disembodied Samantha. And Spike Jonze, once again, takes a concept so incredibly bizarre and makes it connect to real life in ways we didn’t even know existed. One of the best movies of the year. Wolf of Wall Street might be a close second.
Will Win: If Gravity wins, I’m quitting. Gorgeous film. Stunning to look at and watch, but overall kind of trite. (Just let go, Ryan.) But here’s the thing: it could win. And so could American Hustle. (But why reward the knockoff Scorsese flick when you have the real thing??) But I don’t think they are going to. Methinks the Academy is going to buck up and actually give this Award to the (literally) best film of the year: 12 Years a Slave. It may not be anyone’s favorite film of the year (certainly not mine), but it is the best. It deserves to be in the company of films such as Schindler’s List and Platoon. It’s an experience that everyone should have if not just to remind us of the way the world once was. This is why film exists: to remind, to teach. And I don’t think a film this year deserves it more. 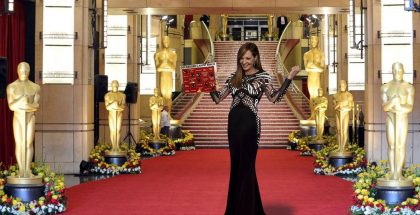 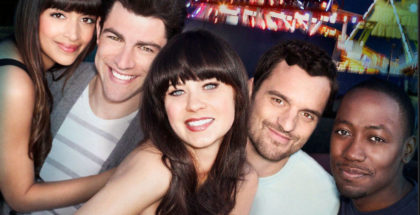