The Island of Misfit Sports

Rarely has so much attention been payed to sports that typically fly below the radar than was paid to boxing and horse racing on Saturday. The Kentucky Derby garnered its best ratings since 1992, and followed up with a race that did not disappoint. The Mayweather/Pacquiao bout was more highly anticipated than any fight this millennium, and by most accounts, it did disappoint, with Mayweather winning in decidedly predictable fashion.  Full disclosure, I didn’t bother watching the fight – two minutes of racing on free TV is an easier sell to me than however long a big deal boxing match takes, not even factoring in the starting time that was somehow later than some Stanley Cup playoff games, the $100 price tag for the event, and the loathsome beneficiaries of that fee.

There was once a time, we are told, when boxing and horse racing captured the attention and imagination of a majority of American sports fans.  It’s interesting then, to consider this weekend’s NFL Draft and the state of football in 2015.  Nearly 9 million people watched the draft between two cable networks on Thursday night, a number not all that far off the 15 million that watched the Derby on NBC.  It’s a troubling swing for the NFL, however, as ESPN’s first round ratings fell over 25% from last year’s all-time high.  The players picked at the top of the draft were more intriguing this year than last (Winston/Mariota vs. Clowney/Robinson, though last year did have the Johnny Manziel factor), so it’s hard to see the drop in ratings as anything other than some pushback from a public that once seemed like it could never get enough football.

The off-field storylines of the last year certainly have something to do with it, and in the short-term, those scandals seem to be the biggest concern for the NFL.  In the longterm, a dwindling supply of players threatens not only the league’s potential talent pool, but also new crops of fans who can relate to the game because they grew up playing it.

I played tackle football from fourth through eighth grade, and while you’ll be shocked to learn that I was never an NFL prospect, playing the game certainly gave me a better understanding of the sport and made me more likely to be a fan.  Given what we know today about the effects of football on developing brains, I will not be allowing any future children to play.  While my genes being taken out of the NFL’s talent pool won’t harm the product, this phenomenon on a macro level is likely to eventually affect both viewership and the quality of play.

One day, football will join boxing and horse racing (if those two sports are lucky enough to still be around) on the Island of Misfit Sports.  While the NFL as an organization isn’t going anywhere for a while, it is not unthinkable to imagine college football disappearing, or the teams loosening their affiliations with their universities, given the evolving medical liability issues.  This year was the 141st running of the Kentucky Derby.  Will the Super Bowl be around in 2107 for my children’s children’s children to watch in semi-ironic fashion?  If you were to give that year for the end of the NFL, I’d take the under. 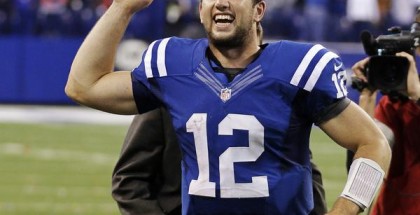