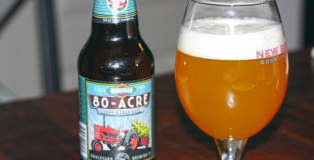 To be honest, the prospect of drinking American wheat beer seldom fills me with excitement and anticipation. I’m not happy to admit this personal bias, but I usually think of those insipid, often fruit-laden wheats some brewers feel compelled to keep around in case some poor soul who “doesn’t like the taste of beer” is dragged in to the taproom by their friends. For every Oberon or Gumballhead, I’ve suffered a hundred headache-inducing raspberry wheat coolers. Fortunately, Boulevard crafted just the beer to convert a hardened cynic like me. END_OF_DOCUMENT_TOKEN_TO_BE_REPLACED