I was recently caught in a very embarrassing position; I was that girl in the next car over belting out a song that no one admits listening to (much less shouting at the top of one’s lungs on the freeway). To be fair, I’ve been that girl for a while now, but it’s only just recently occurred to me that I really shouldn’t care whether or not I get caught.  Everyone has that playlist that they hope no one ever finds.  Here’s mine: END_OF_DOCUMENT_TOKEN_TO_BE_REPLACED

We all know Arrested Development was:

a) ahead of its time,

b) cancelled too soon, and

c) one of the funniest shows on television.

END_OF_DOCUMENT_TOKEN_TO_BE_REPLACED 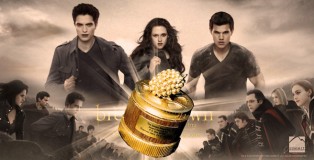 This week, nominations came spilling into and over our collective consciousness for every film and television show we wanted-to-but-didn’t-get-the-chance to see.  But for all of the Hollywood hoopla, leave it to Piers Morgan and CNN to finally get the most of our attention.  In an interview with radio sensation Alex Jones, Piers sought what many journalists have since the shooting sprees of late: debate about gun control.  Instead, he got screamed at, mocked, threatened, and flabbergasted by a certifiable lunatic seeking to deport him.  OoOoOoOoooo!  Entertainment!

END_OF_DOCUMENT_TOKEN_TO_BE_REPLACED

A lot has happened this week! Scandals abound, there are some movies to keep an eye on, and my hope in humanity was restored. Here’s what you might’ve missed this week in pop culture:

Things Are Looking Up For Team … END_OF_DOCUMENT_TOKEN_TO_BE_REPLACED

As I’ve noted before on PorchDrinking, there are many simple statements that can spark pop culture conversation and debate on your porch. But for us introverts out there, you can still sit back and wait for certain things to come … END_OF_DOCUMENT_TOKEN_TO_BE_REPLACED