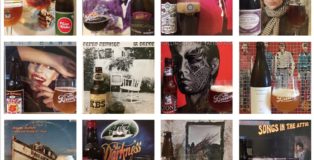 2016 has not been the world’s finest year. With serious issues like refugee crises and Brexit to losing some of the world’s most beloved musicians, this year has offered a plethora of moments that have tested how creative we can get with our curse words. As hopefully the final punctuation mark on an explicitly awful year, we Americans have been forced to fully embrace this country’s Jack Torrance-esque decent into madness as our country has served as the Overlook Hotel during this election cycle. In this post-2016 Democalypse world, many of us are looking around hoping for a new start, and that’s why this month Vinyl and Beers is taking a look at those albums that just start off with a bang. Join us as we ask the question “What is the best opening number on an album?” as we all hope we can get through these last few weeks and begin anew.