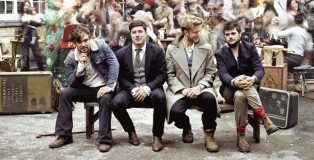 When I was younger, I used to hate cover songs. Who were these hacks thinking they could just steal credit for the brilliant song writing of a trailblazing artist? Why did the general public not notice that John Mayer, who sounds like Adam Sandler’s Little Nicky, ripped off Joni Mitchell’s Paved Paradise, or that Alien Ant Farm tarnished the legend that is Michael Jackson. High school was an angsty time for me as was most people, but at least music was a good reason for that angst. But soon I discovered that not all covers should be viewed with such disdain. In fact most of these serve more as tributes, and for a cover to truly succeed, it has to be poignantly different from the original. And so I bring you the best cover songs that were able to convey just that.
END_OF_DOCUMENT_TOKEN_TO_BE_REPLACED