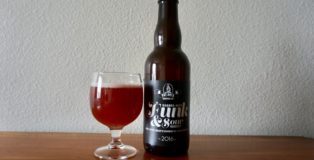 ABV: 6.1% | IBU: 8
Last year, Dry Dock Brewing Company announced the launch of their Funk & Sour series, which features crowd-pleasing favorites from South Dock’s barrel-aging program. The series includes more than 80 barrels, which consist of mostly wine and some whiskey, and are dedicated to sour, Brett and mixed fermentations. I was able to get my hands on Batch No. 2, called Cassidae, a sour Brett saison that was bottled August 19, 2016.
END_OF_DOCUMENT_TOKEN_TO_BE_REPLACED