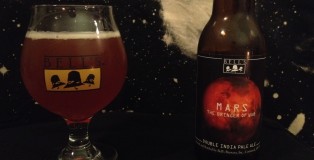 It is my pleasure to introduce you to the first of what is going to be an incredible beer series, Bell’s Mars – The Bringer of War. A roaring Double IPA that is the first brew to roll out of Bell’s Brewing Co. “Planets Series”. A series that has been inspired by Gustav Holst’s seven-movement orchestral suite, “The Planets.” As a fundraiser for the arts and consumer of higher quality beer, my passions are colliding in this deliciously tasteful work of art known as the Planet Series.
END_OF_DOCUMENT_TOKEN_TO_BE_REPLACED