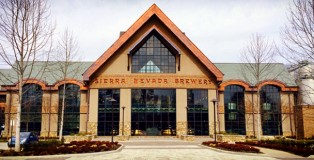 From the commanding presence of the 200-barrel brewhouse, to the Taproom and Restaurant featuring more than two-dozen beers and a menu that doesn’t look anything like your typical pub fare, Sierra Nevada Brewing Company built this facility to impress. Here are the six things that’ll stand out on your visit. END_OF_DOCUMENT_TOKEN_TO_BE_REPLACED