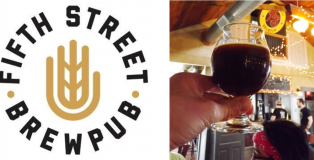 Pappy Van Winkle commands an awe factor in American spirits like no other bourbon does. It’s produced in small batches and can be incredibly difficult — and expensive — to acquire, with special bottles carrying four to five figure price tags. When Fifth Street Brewpub in the historic St. Anne’s Hill neighborhood of Dayton, Ohio, announced in April that they would be releasing a single batch of their Schmidion Damme Belgian Dark Strong Ale that had been aged in Pappy Van Winkle barrels, it definitely caught my attention.