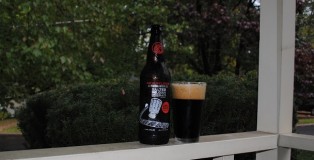 It seems like every time I talk to someone outside St. Louis about the craft beer here, they ask me about Perennial Artisan Ales.  Either they’ve had it and are raving fans or they’ve heard about it and want to get their hands on some. It’s understandable considering the quality of the brew Perennial puts out and their participation in the overall scene. If you follow them around the labyrinth of the internet, you know they’re up to a LOT of good things. Brewer meet and greets, beer dinners and festivals all over the country. Not to mention collaborations with the likes of Evil Twin, Half Acre, Prairie Artisan, et cetera, et cetera. But if you aren’t familiar with them yet, you’re likely going to be thanks to this new bomber of delicious teamwork – New Belgium/Perennial Artisan Ales Salted Belgian Chocolate Stout, the latest addition to the Lips of Faith series. END_OF_DOCUMENT_TOKEN_TO_BE_REPLACED