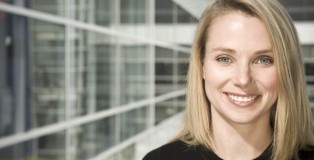 When she was first hired as Yahoo’s CEO in July of 2012, Marissa Mayer was seen as a role model for modern working women.  She was the first female engineer at Google.  While pregnant, she was hired as CEO at Yahoo and took on the huge task of overhauling and revitalizing the dying tech giant. She reportedly only took a few weeks of maternity leave, and worked through most of it.  She also had more money than most of us would know what to do with, and a pretty darn good looking spouse to boot.  Many women viewed her as the anti-Anne-Marie Slaughter; the rare woman who was able to manage a new baby, a home life, and an amazingly demanding and rewarding  job.  END_OF_DOCUMENT_TOKEN_TO_BE_REPLACED