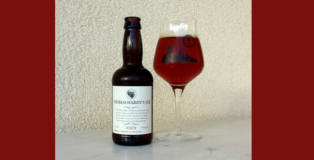 I remember being forced to read Charles Dickens’ A Tale of Two Cities in high school. To explain the tome’s epic verbosity, I subscribe to the myth that Charlie was paid by the word and have been permanently scarred by the experience. I mention Dickens because he would likely have been an inspiration to the British poet for whom this beer is named – Thomas Hardy. Hardy was a writer of world-renown but unfortunately, thanks to his compatriot’s writing style, there’s zero chance of me putting down Stephen King to pick up Jude the Obscure anytime soon. His namesake brew however, Thomas Hardy’s Ale, that’s a different story.
END_OF_DOCUMENT_TOKEN_TO_BE_REPLACED