I told my girlfriend two weeks ago that I wanted to spend the entire weekend with her. Just the two of us doing whatever she wanted—she nearly had tears in her eyes. At the end of the weekend I let her know that I would be busy for the next six months.

That’s right: both college and professional football were back in full swing for the first full weekend. Here are some of the headlines from the world of sports this week:

Both college and professional football have their die-hard fans that will fight to death defending which one is better. Now I love both, however college football has an atmosphere and loyalty unmatched by the NFL.

For example, the Kansas City Chiefs handed the Green Bay Packers their first loss of the season last year but who still talks about that? Nobody. Wear an Appalachian State University shirt in Ann Arbor and you won’t make it out alive.

That being said, we got our first huge upset in the college football season this year. This one is on par with Appalachian State over Michigan so Wolverine fans have new friends in therapy this week. University Louisiana-Monroe was paid $500,000 by Arkansas to come lose to the Razorbacks – the number eight team in the country.

Now Arkansas has had a lot of issues off the field this off-season but an overtime loss to the Warhawks wasn’t on the agenda. To be fair, Arkansas quarterback Tyler Wilson was as protected as cake at fat camp and got knocked out of the game and backup Brandon Allen had to take over. In a gutsy fourth down call in overtime the Warhawks shocked the 53,000 Arkansas fans winning 34-31.

How bad was the loss? Arkansas fell out of the AP Top 25 poll; the 2nd largest drop in history only behind Michigan’s drop when the Wolverines fell from fifth to out of the poll.

After 26 years as head coach of the University of Connecticut’s men’s basketball team, Jim Calhoun calls it quits. The 70-year old coach retired amidst controversy surrounding his team.

The Huskies are currently on probation for numerous NCAA violations under Calhoun and cannot participate in this year’s NCAA Tournament because their APR doesn’t meet the minimum requirements to participate in post-season tournaments.

If you ignore those bits of information, Calhoun has had a remarkable career. He won three national championships at UConn and was inducted into the Hall of Fame in 2005. There are two sides to those who knew Calhoun. Love him or hate him. Either way, when the season tips off new coach, who Calhoun chose personally, Kevin Ollie will have big shoes to fill.

If you don’t live in one of the 12 cities that have a baseball team still in the playoff race you might have forgotten that baseball is still going on. So Red Sox and Cubs fans your teams are still playing-err … at least, they are on the field for nine innings.

The biggest story from this past week was that the Nationals shut down their top pitcher Stephen Strasburg for the year. Strasburg is coming off Tommy John surgery and was going to throw no more than 160 innings this year. He was just shy of the mark and manager Davey Johnson shut him down for the year.

The Nationals should make the playoffs for the first time in franchise history and this will certainly be debated in Washington throughout the off-season if this truly was the right decision.

If you are in one of the cities that still have a contending baseball team in it then this is the most exciting time of the year. In the American League every divisional race as of Thursday night is within four games making the last two weeks of the season extremely exciting to watch.

While the National League divisional races are all but decided the wild card races are heating up. Five teams are within four games of the two current wild card teams, with some names you don’t normally here this time of the year. Teams like Pittsburgh–yes Pittsburgh–is just two and a half games from a wildcard birth and is looking to have their first winning season since 1992. The number one song in the US when the Pirates last had a winning season: Michael Jackson’s Black or White.

The most interesting battle might be between the White Sox and Tigers, who are separated by just one game in the division. What makes this so exciting is that the teams are almost out of the wild card race so there is no consolation playoff entry. It’s win the division or watch the post-season from home. Baseball is a long 162-game season and these last 20 games are by far the most intense. Enjoy. 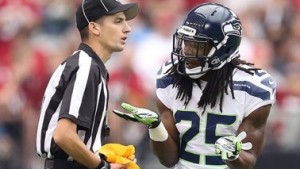 All preseason the big news in the NFL was that the league was using replacement officials with the regular officials locked out. The preseason was brutal to watch with easy calls being routinely missed and the refs seemingly overwhelmed with the move from Division-II football to the NFL.

In Arizona, Seattle was given a fourth timeout but still couldn’t beat the Cardinals. While Green Bay scored on a punt-return touchdown despite a clearly missed block in the back that was seen by everyone except the referees. Despite the gift touchdown to the Packers, the 49ers still did something no other team did last year in the regular season: win in Green Bay.

There seems to be no end in sight with negotiations yielding no results in the work stoppage for the normal referees as we enter week two, so get ready for another roller coaster ride throughout Sunday. Personally, I hope the referees come back soon because don’t we all feel a little bit safer when Ed Hochuli brings his guns onto the field?

Did you know that ESPN hasn’t mentioned the NHL in over a month on SportsCenter? Did you also know that the NHL is in yet another lockout starting September 15th? With the NHL just now getting back on its feet from the first lockout in 2004-05 this would certainly be a gigantic step back.

Serena Williams and Andy Murray are your U.S. Open champs in yet another weather-affected tournament. Can we get a dome in Flushing Meadows please?!

Roger Clemens has not ruled out pitching this year in the big leagues. He and the Astros are going back and forth in what could be just a long drawn out PR stunt making most baseball fans sick.

After sitting out a season with a neck injury Peyton Manning returned to the field as part of the Denver Broncos. Manning didn’t show any signs of rust throwing for 253 yards, two touchdowns and no interceptions. Look for Denver’s offense to only get better as the team gels together.

Miami Marlins manager Ozzie Guillen is back on Twitter. The skipper, who is often in hot water, hasn’t tweeted since mid-May but re-activated his account this week. Give him a follow, it’s usually pretty entertaining @OzzieGuillen.

Perhaps a shameful personal plug for my Northwestern Wildcats, but they are 2-0 and are the only team in the FBS to beat two teams in conferences that automatically qualify for a BCS game. They also won their first night home game since 2004 after beating Vanderbilt at home.

Fall really is the best time of the year. Football is in full swing, we have the World Series, and NASCAR won’t be back for several months. My girlfriend asked me if there was any chance my weekends would free up sooner. I told her that would happen only if the Wildcats didn’t make a bowl game and the Bears missed the playoffs, and if that happened, would you really want to be around me anyways? I wouldn’t. 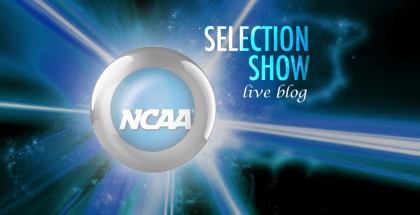