Lets be real, Halloween is all about the candy. All across the U.S. tonight, kids will dump out their bounty and trade for their favorite sweets and try to unload the lesser prizes.  So we tasked our PorchDrinking staff to recount what they loved getting in their Halloween escapades, as well as what they tried to unload on their gullible friends or parents.

– There was a couple who lived at the very end of the street that gave out King Sized candy bars. I remember the first year that the rumors trickled down to the main neighborhood. You had to strategize how to get up to the top of the street without sacrificing hitting up the most houses. Definitely got King Size Reese’s Peanut Butter Cups from them whenever I could. I think the worst was probably the house that gave out mini boxes of Sun-Maid raisins. Of course now I would probably like the raisins…

– The end of my street in the cul de sac must have been a dental colony. Apples, sun maid raisins and peanuts. It was really disappointing and they were good neighbors so we always trick or treated there but it was always a forced effort and a game to see how quickly we could get out of that cul de sac.

– Anything involving the combination of peanut butter and chocolate won my heart. My brother and I would sit down at the end of our trick-or-treating and barter and trade for our favorites. I never cared for hard candy so I’d trade all my suckers and jolly ranchers in order to rack up on the Reese’s and Snickers.

– The best was king sized Snickers, hands down. I’d say the worst was probably Bottle Caps.. which is what I got when I went trick or treating at Ocho Cinco’s house a few years ago (when he still lived in Cincinnati). I mean, it may have been 2am on a Sunday, and his mom MAY have answered the door… but that’s irrelevant. Bottom line: Bottle Caps suck.

– Yeah, bottle caps are real bad. I agree on those being the worst Halloween candy. Obviously, Reese’s Peanut Butter Cups are the best candy in the world, but I had a different favorite Halloween candy. No one really like the Bit-O-Honey candies and were quick to trade them for lesser candies like smarties. Bit-O-Honey candies look old-fashioned and a little bit gross, but in reality are delicious. I’ve only seen them available at Halloween and friends were quick to get rid of them. Win.

– My mom always stole the Bit-O-Honeys out of my bag. To this day, I’ve never eaten one. What a miserable childhood I had.

The best candy, though, was definitely Reese’s Peanut Butter Cups. Or Skittles. Except those coat your tongue for hours afterward and everything else you eat tastes like acid. So a certain amount of strategy was required. Airheads were good, too. So stretchy, and the way they dissolve away to nothing…like eating a dream…

– I started seeing an orthodontist in the 2nd or 3rd grade, so anytime there wasn’t metal in my mouth, you know I was all about the chewy stuff. Tootsie Rolls, Dubble Bubble, you name it. If it was chewy, I wanted it. Also, my brother has a nut allergy, so anything with nuts in it was mine too. The worst candy wasn’t candy at all. The guy who lived behind us was a dentist, and every year he and his wife would hand out toothbrushes and floss. What kid wants that? Especially when you’re out trick or treating! Not only was he an ass on Halloween, but he sucked as a neighbor the rest of the year too.

– One family in my neighborhood had a son with diabetes. So instead of serving candy, they served hot dogs.

I’ve heard of dentists giving out toothbrushes or apples or stuff like that, but in all of my life I have never encountered anyone else who had a Halloween “hot dog house” growing up.

– I used to reside firmly in the Baby Ruth camp, but then I got braces, and discovered Kit Kats…life has never been the same…

– All Snickers, all day! Had quite a few friends growing up that would always choose Rolos as their favorite, which I never understood. Don’t understand it to this day, actually. What am I missing? In any case, it made trading a breeze and all parties were happy. Suckers.

– At age 8, the closest I could ever get to winning the lottery was opening a fun-size two-pack of Starburst and finding two pink ones in there. Two yellow was worse than nothing at all. 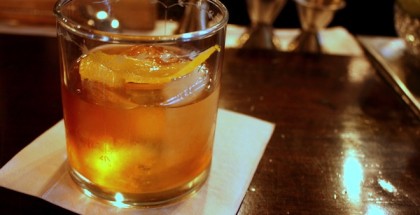 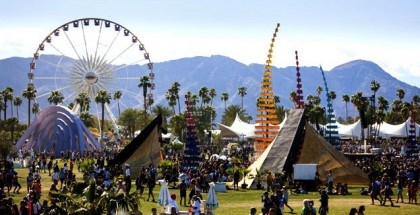