So far, this summer has knocked it out of the park with pop culture happenings. If there’s one theme permeating the pieces from various pop culture writers here at PorchDrinking, it is, in a word, SOMUCHNEWSANDCOOLSTUFFNOMG. And then Comic-Con 2013 happened.

All the build-up was nothing compared to the cornucopia of epicness announced at the annual convention. Yes, there were cosplayers. Yes, there were people camping out days before the convention started. Yes, there were even comics. But with all the spectacular fandom came boatloads of spectacular news. Due to the sheer scope of a years’ worth of geek culture packed into four days, I’m going to make this review more of a pop culture highlight reel. Get ready, nerdz.

First and foremost, the next Man of Steel will be a Superman/Batman team-up, directed by Zach Snyder and written by David Goyer (of The Dark Knight fame), and it will release in 2015. The Flash will get his own movie in 2016, and the entire Justice League will have a movie by 2017. Holy DC, Batman!

Marvel struck back by teasing The Avengers sequel, titled Avengers: Age of Ultron. While Thanos was seen at the end of The Avengers, Ultron will be the next supposed villain. Add Agents of S.H.E.I.L.D. info, Thor 2 and Captain America 2 panels, Marvel gave it’s best attempt at stealing the thunder back from DC.

Oh X-Men: Days of Future Past. You had an uphill battle, going toe-to-toe against the might of DC and Marvel dream-team mashups. But THE X-Men are not to be outdone. This year, the Days of Future Past movie panel flexed its mighty prowess by bringing Hugh Jackman (Wolverine), James McAvoy (Young Xavier), Ellen Page (Kitty Pryde), Anna Paquin (Rouge), Halle Berry (Storm), Ian McKellen (Old Magneto), Patrick Stewart(Old Xavier), Michael Fassbender (Young Magneto), Jennifer Laurence (Raven), and Peter-freaking-Dinklage TO NAME A FEW. X-pect this movie to blow your face off.

The Amazing Spiderman showed up in costume to his own panel, and a brief teaser was released showing Jamie Fox as Electro. It looks awesome for a Spidey flick, but if we get any Mr. Freeze-like puns I will walk out of the theater. Lulz, who am I kidding. THIS MOVIE WILL BE ELECTRIFYING. 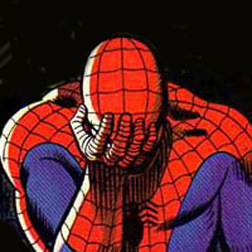 Speaking of space misadventures, Christopher and Jonathan Nolan’s next big movie will be Interstellar, a Sci-Fi thriller exploring wormholes and Einsteinian hypotheses alongside the dramatic mind-explosions brought to you by the brothers Nolan. This week, Wes Bentley and Topher Grace reportedly joined the cast of Casey Affleck, Michael Caine, Anne Hathaway, Jessica Chastain and Matthew McConaughey. I’m expecting nothing less than Inception + 2001: A Space Odyssey.

Ever wonder what Keanu Reeves has been up to? Well, if you guessed “Making a comeback in the supernatural bastardization of Japan’s most famous samurai story,” then congratulations, you’re The One. Who guessed right. 47 Ronin: Japan’s 300.

Sacha Baron Cohen, aka Borat, has officially dropped out of the Freddie Mercury biopic due to “creative differences.”

A Robocop remake is announced, eerily around the same time ROBOTS HAVE BECOME SELF-AWARE.

As an enormous Game of Thrones fan, I was especially looking forward to their annually entertaining Comic-Con panel. Although seeing the writers, actors and George R.R. Martin himself talk about the events of Season 3 were great, the kicker was the panel’s opener. What starts as a comical ode to all the characters who’ve died on the show (three die in the first 10 minutes, so after thirty episodes…) ends as an emotional send off that effectively ties the series together, reminding us why we watch this epic in the the first place. Game of Thrones: In Memoriam. The North Remembers.

Community fans, however, rode a different roller-coaster of emotion during their panel. Dan Harmon, geek God and creator of Community, took center stage in a makeshift Iron Man suit and marked his official return as show-runner in outstanding fashion.

Yes, I know more things happened this week. RollingStone put Boston bomber Dzhokhar Tsarnaev on their cover. Jason Sudeikis officially left SNL. Will and Kate birthed the heir to the British throne. But it wasn’t your week, bomber. Everyone knew you were quitting anyway, Sudeikis. Royal baby, you’ll have your whole life to be shackled by news coverage.

This spotlight belongs Comic-Con. A single weekend where pop culture becomes nerd culture, where passion is celebrated and the niche becomes the mainstream. It is the cultural encapsulation of fandom in its purest form. And it should be celebrated as such. 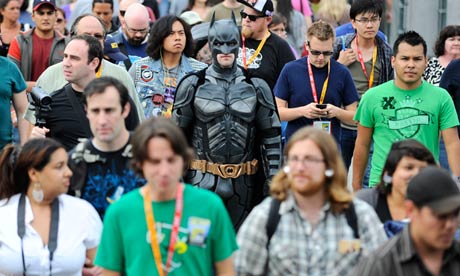 Comic-Con, I salute you. 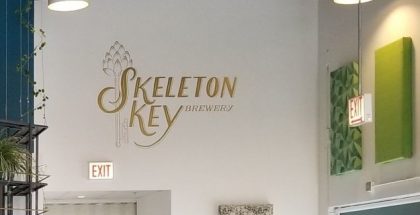