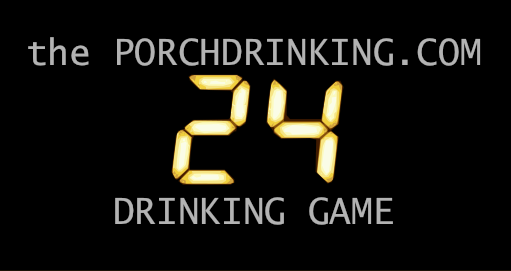 This week marks the return of one of TV’s most acclaimed and intense dramas, “24.” Federal agent Jack Bauer hasn’t been seen on TV since 2010, when the show’s finale left the door open for the potential of a movie. Fox begins the 12-week mini-series follow-up to “24” on Monday, May 5.

Anyone who knows jack about Jack is familiar with a few patterns on the show. For those of us so inclined, here’s a few guidelines for a 24 drinking game. Just for fun, we made sure there were 24 rules. Play responsibly, but remember that the real Jack Bauer plays by his own rules.

-Any time the clock ticks in or out of commercial break

-A terrorist is shot & killed

-Someone says, “There isn’t enough time!”

-Something dramatic happens at the end of the hour

-A conversation serves only as exposition: e.g. “I don’t know if you know this about Jack Bauer, but he was once in love with the President’s daughter”

-Chloe types furiously at a computer

-The word “protocols” is used, and it’s totally unclear what the hell that means

-Someone hangs up on a phone conversation without saying “goodbye” -The President reminds a subordinate that he is, in fact, the President

-Corporate sponsorship – zoom in close on the car’s grill, someone mentions their Cisco internet connection…

-Someone suspects there’s a mole inside the government

-Someone says, “You’re just going to have to trust me!”

-Someone still uses a Blackberry

Yell “Damn It!” and Finish Your Drink:

-A villainous mastermind is revealed, and he/she is Russian or Middle-Eastern (I mean c’monnnnn…)

-Someone we thought was dead in previous seasons is somehow still alive. 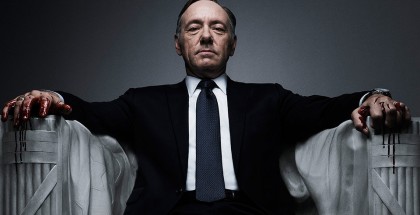