I’ve always been a lover of pop music, but for the longest time I was ashamed to admit it. I’ll be honest- I was afraid of judgment in the “oh, you like pop music … how … pedestrian” vein. Afraid if I didn’t say that I liked some indie band no one else had ever heard of, then I would be accused of having no taste.

No more. In recent years, I’ve embraced my love of pop tunes unabashedly, with some help from one Rob, the record store owner (if you haven’t already, go read High Fidelity by Nick Hornby– it’s awesome.) Rob helped me embrace my inner pop-lover, and admit that just because a song happens to be on the radio doesn’t mean that it’s not good.

So, here’s my recommendation for you as a pop-lover- go listen to some John Mayer right now.   That dude is my generation’s Eric Clapton (as in, will be making really good music for a long time), and here’s why:

Say what you will about the dude’s rocky personal life (ahem, Jessica Simpson …) he continues to make music (really good music!) day in and day out, and is constantly updating and evolving his style and sound. Don’t believe me? Listen to this track, followed immediately by this one.  Two different sounds, but one writer, separated by a few years and a lot of practice and experimentation.

He attended Berklee College of Music (it’s been described as the Julliard of Rock) and was named one of Rolling Stone’s “New Guitar Gods” in 2007- not bad. If you still need proof, check this out.

I’ve paid to see this guy play live more times than I care to admit, and every show I’ve seen has been fantastic; on top of his talent, he’s got great in-between song banter, he sounds just as good live as he does recorded, and best of all, you can tell that he really loves what he’s doing when he’s playing live. The passion is apparent, and contagious between audience and performer- that never happens, and is really COOL when you get to experience it. (Bonus, now that’s he’s out of the “Your Body is a Wonderland” songwriting phase, there’s not nearly as many screaming girls. In fact, I usually end up going to see the show with my dad, and the crowd is generally quite generationally diverse.)

His tours have supported and/or highlighted several different charitable organizations and causes. The two biggies are veteran re-integration and re-adjustment following combat and green initiatives and carbon offsets. See also: his awesome and quite touching ALS Ice Bucket Challenge (WHO nominates Eddie Van Halen to an ice bucket challenge?!? John Mayer, that’s who.)

And, for your listening pleasure… 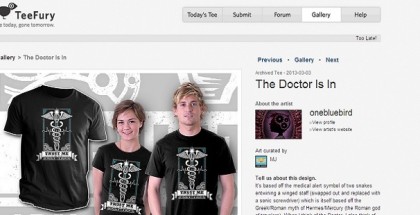