In case you have haven’t heard, the NHL Stanley Cup Playoffs started on Thursday. With some last minute heroics by Ottawa pushing Boston out of the picture and Calgary robbing Los Angeles a chance to defend their title, here is what the first round match-ups look like.

Before the re-alignment from the 2013-14 season, each team would reseed after advancing past the previous round. Under the new rules, the first two rounds has teams facing division opponents. This year there is an exception due to the unique circumstances in the Central division, which has 5 teams representing, including both wildcards Minnesota and Winnipeg. Despite Calgary finishing with the lowest point total out of the 8 teams in the West, they secured 3 seed by simply being the third best team (point total wise) in the Pacific.

The Pittsburgh Penguins were carried into the playoffs on a gurney, securing their berth on the last day of the season beating Buffalo, the worst team in the league and ending a 5 game losing streak. Many expect an early exit from Sidney Crosby and company at the hands of Rangers.

This will be the last season for the New York Islander’s home, The Coliseum. The Islanders have not won a playoff series since 1993 and are hoping to close the Old Barn down on a happier ending than past years.

With Shea Weber missing Games 3 and 4, Nashville may find themselves in a hole too big to climb out of when their Captain greets them at the Bridgestone Arena Thursday. Weber did not travel to Chicago.

Riding a hot streak into Playoffs, Ottawa faces elimination after falling Sunday in Overtime to the Canadiens. Despite playing playoff caliber in the closing weeks of the season, the Senators have only had a lead once in the series.

Non-playoff related, Edmonton has won the draft lottery yet again, making this the 4th time in 6 years. The lottery system had many critics before the this years outcome, however, looking to the failures of Edmonton to develop these young superstars, it is hard to argue that the lottery is working. I doubt Connor McDavid is thrilled about it either.

Philadelphia Flyers have fired Craig Berube who served as last year’s interim Head Coach. He brought the team to the playoffs last year after starting 0-3 under Peter Laviolette who was then fired and then became Head Coach of the Nashville Predators. No new coach has been named, although the the free agency market this off-season is being well regarded in the coaching department, with Detroit Red Wings Mike Babcock’s contract expiring. 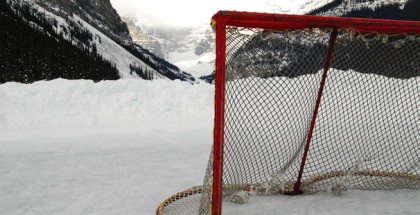