In no way is this headline clever, however, that is exactly what the San Francisco Giants did to the Detroit Tigers in the World Series. For a team that was one game away from being swept in the first round of the playoffs, the Giants won three straight games in Cincinnati and never looked back.

The Tigers swept the Yankees in the American League Championship series and had nearly a week off before the World Series began. Sure they tried to stay fresh by playing scrimmages against their practice squad but the rust showed. Sadly this wasn’t the first time this scenario unfolded for the Tigers. In 2006 the Tigers swept Oakland and had a lengthy wait again. What happened? They lost the Series to the Cardinals 4-1.

Instead of Detroit celebrating its first World Series since 1984, the Giants celebrated its second title in three years. They did so in dominating fashion. In 162 regular season games the Tigers were shut out just twice. In the World Series they got shut out twice in just four games. So sorry Detroit fans I know it has been a while since you last won a World Series but as a Cubs fan I have no sympathy for you.

Let me give you a word of advice we use every year in Wrigleyville, “Hey there’s always next year.”

Luck of the Irish?

At the beginning of the season there was a lot of hype surrounding the Notre Dame football team. But nobody took it seriously because let’s be honest there’s always hype around the Irish football team. It’s sickening how irrelevant Notre Dame has been over the past decade and yet they are always in the spot light.

Not this year. When the Irish started out undefeated and had wins against Michigan and Michigan State people noticed but it didn’t turn heads. With a win at home against Stanford and a beat down of Oklahoma in Norman one thing is for sure – the Irish are back. And they finally deserve the attention they are getting.

At 8-0 they have a very real shot at playing for the national championship. With the second overall ranked defense in the nation they would give any team a tough time. The team is fun to watch finally. The defense, led by Manti Te’o, is definitely the centerpiece but the offense is holding its own. Brian Kelly should be coach of the year when it’s all said and done and he has earned it.

I’m a die-hard hockey fan. From the Chicago Blackhawks to my alma mater Miami University I’ve had hockey in my life for a long time. The fact that we are in the second lockout in less than a decade is unacceptable.

The NHL has canceled games through November and is seriously talking about canceling the Winter Classic. When that is canceled the season will follow. The Winter Classic over the past few years has been the league’s signature event and has drawn extremely well for a game that is played in freezing cold temperatures outside in a football or baseball stadium.

That game will most likely be canceled in the next couple of weeks, maybe sooner, and with that it will be the second full season lost to a lockout since 2004. The NHL worked so hard to win back the casual fan after that first lockout; it will be tough to win back those fans again. The die-hards will come back—they always will. But that’s not the target demographic for the league. They need those casual fans to keep interest in the league, which last year was at an all-time high. The lockout of 2004 was forgotten and things were looking bright—not anymore.

At this point last year there were serious doubts that the NBA would even have a season. However, when all seemed lost, the two sides came together and as we know the Miami Heat won the championship. The 2012-13 season had no such issues as it tipped off Tuesday.

While it’s still way too early to make any predictions being just a couple of games into the season, one team is always scrutinized. Many call the LA Lakers the New York Yankees of the NBA. In the offseason the Lakers brought in top free agents like Dwight Howard and Steve Nash. This season couldn’t have started off any worse for the Lakers. They’ve lost their first two games, only six teams have ever won the NBA championship after starting 0-2, and Nash suffered a leg injury and is already missing games.

Again, way too early to make any judgments since it’s a long 82-game season, but when it comes down to the end of the season and those close races every game counts.

The opening of the Nets’ new Barclay Center was postponed due to Hurricane Sandy. The Nets were scheduled to play the Knicks. However, with no subway service and the city still recovering from the damage the decision was made to postpone the game.

With the Olympics over, London has a lot of facilities that are now empty. Rumors are swirling about the desire to bring an NFL franchise overseas.

New York Yankees closer Rafael Soriano declined his option for his final season and has decided to opt for free agency in hopes of getting a long-term contract. With Mariano Rivera not sure if he’s returning to the team, for the first time in over a decade the Yankees have a closer problem. 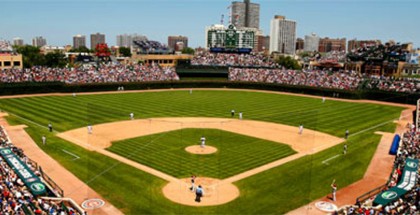 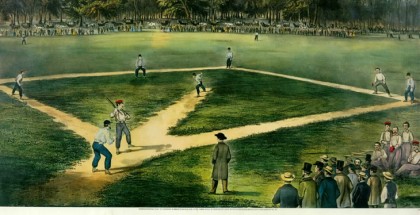