The first day of autumn has fallen upon us, and, while most on this blog are comparing the subtleties of pumpkin beers and other fall seasonals, I am sweating out the last week of baseball’s regular season heading into the 2013 MLB Playoffs. The 162-game marathon season leaves (as of last year) ten teams standing to slug (pun intended) it out in the post season playoffs. True baseball fans, like me, have had their nerves frayed for six months, lamenting losses and second-guessing managers, celebrating wins and praising dominant performances. And what was it all for? The playoffs.

Last year they voted to expand the baseball playoffs by one team, and add one game. The post season now breaks down as such: there are two leagues—National and American—each of which now have three divisions—East, Central and West. The winners of each division in each league get an automatic bid into the playoffs. Then the fourth and fifth place slots for each league (the wild card teams) are filled by the teams with the best record that didn’t win their divisions, making five teams in each league for a total of ten.

Critics of adding the fifth team will tell you that it is just for money, an extra game. Baseball commissioner Bud Selig argues that it is a way to get two more cities involved in the post season fun … even if only for a game. That’s right, the sport that is all about the series has a playoff “series” that is only one game. To the commissioner and the naysayers, the rebuttal is simple: we are a society that craves drama (see reality TV or tabloid newspapers for proof), and we are a society that loves an underdog (see Rocky, Hoosiers and the NCAA tournament). The addition of a fifth team adds more of both.

Before I prognosticate about who will make it to the World Series, let’s start with the recent history of the playoffs. Since 2000, four of the thirteen World Series Champs have been wild card teams (Angels ’02, Marlins ’03, Red Sox ’04, and Cardinals ’11). In that same time, only three of the thirteen Champs have had the best record in their league going into the playoffs (White Sox ’05, Red Sox ’07, and Yankees ’09). And in that thirteen years, nine different teams have won the World Series (Yankees, Diamondbacks, Angles, Marlins, Red Sox, White Sox, Cardinals, Phillies, and Giants). So if recent history tells us anything about predicting winner, it is that the winner is difficult to pick.

What can you can expect from this post season?

American League: Boston, Oakland, and Detroit will be your division champs. The wild cards will go to Tampa Bay and Cleveland (possibly Texas in place of one of those two, depending on what plays out this last week of the season).

National League: Los Angeles and Atlanta are the division winners in the West and East, respectively, with St. Louis probably the third. The wild cards will go to Cincinnati and Pittsburgh. (Note: it is possible for either Cincinnati or Pittsburgh to leap frog St. Louis and take the Central Division, but all three are going to the playoffs).

Looking at this year’s playoff picture and having watched the better part of 162 Reds games (oh yeah, I am a Reds fan so this part may be ever so bias), this is how the 2013 baseball playoffs will shake out. Tampa Bay will win the Wild Card game then lose to Boston before Boston beats Detroit in the ALCS. The Dodgers are the team to beat with great starting pitching and a murderous lineup for opposing teams. Reds will be this year’s Giants—the underdog team who gets hot at the right time—and the first wild card team of the new playoff system to win four rounds of playoffs to lift the World Series trophy. The Reds’ starting pitching staff will be what takes them to the promised land of champagne and Disney World. Reds over Sox in six games. Hopefully, it will bring as many memorable moments and as much drama as the classic 1975 series between these two teams … and another Reds World Series.

Let the drama begin, go underdogs, and I need a beer. Any suggestions? 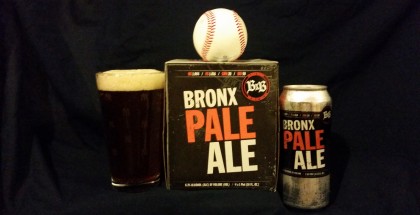