This playlist is full of songs with beer names, or is it beers with song names?! Either way, some of the beers included in the list are actually named for the song of their same likeness but others are just coincidence!

Evil Twin: This is the one exception to the “song title” rule on the list. Evil Twin is a Denmark based brewery not a song but it had to be added to the list nonetheless!

Hey, Porter!: Seasonally rotating American Porter from Ontario, Canada based Junction Brewing Company. My best guess is that this beer is named after the song in this case.

Evil Urges: Seasonal rotater. This Strong Belgian Dark Ale is made by Short’s Brewing Company based in Michigan.

Mayonaise: Yes, that spelling is correct and yes, the beer in this case is actually named after the song. This Fall seasonal Pumpkin Spiced Cream Ale is brewed by Denver based Renegade Brewing Company.

Cherry Bomb: Alright, this one is a little teeny tiny bit of a stretch name-wise since it isn’t identical to the song title but I couldn’t leave my favorite Denver beer off of this list! Cherry Bomb Stout is brewed by Denver based Strange Craft Beer Company.

Hellion: American Table Beer brewed by Denver based TRVE Brewing Company. I haven’t reached out to them to ask if this one is named after the song, but maybe?

Purple Haze: Lager brewed with raspberries. This beer is most likely a direct reference to the Jimi Hendrix song and comes to us from Louisiana based Abita.

Blackout Stout: Russian Imperial Stout brewed by Ohio based Great Lakes Brewing Company. In this case, I think the song is named after the beer!

How To Disappear Completely: Small batch Imperial Mild Ale brewed by Scotland based, BrewDog and was indeed named after the Radiohead song.

Now, have a listen! 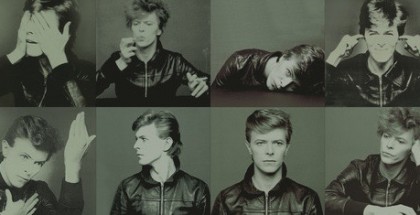 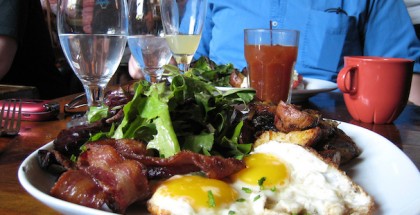 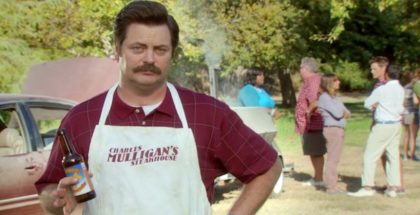