Kevin Risner is a product of Ohio. He has lived there for most of his life except for brief stints in England and Turkey. At the present, he resides in the Cleveland area. Kevin's beer history stretches back to when he began indulging bitters, stouts and cask ales at hole-in-the-wall pubs in England. Not long after, for two sad years, he was deprived of delicious brews when living in Istanbul. Thankfully, at the present, he is not lacking in his choice of craft beers. 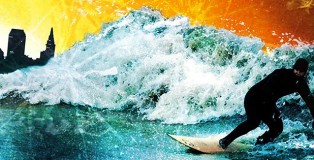 I honestly had no idea there were people who willingly went onto the chilly lake in the dead of winter off the shores of Cleveland to surf. My ignorance lasted until I watched the Cleveland episode of Anthony Bourdain’s No Reservations. Bourdain was brought to the rocky shores, snow blanketing the sand, and he got to watch the surfers out on the ice-cold lake attempting to catch a few waves, before needing a couple beers themselves.  END_OF_DOCUMENT_TOKEN_TO_BE_REPLACED 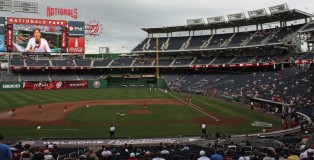 Even though the start of the baseball season was earlier this week (and incomprehensibly for two teams in Australia last month), I am still anticipating Opening Day in Cleveland! Today’s weather is somewhat balmy and a little soggy, which actually … END_OF_DOCUMENT_TOKEN_TO_BE_REPLACED