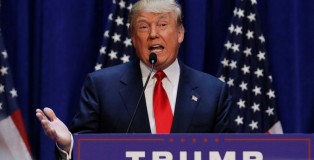 Haha, that Donald Trump guy is so wacky! The things he says are so zany and OUT THERE and awesome, right? It’s so funny seeing that guy from “The Apprentice” run for President, especially since he doesn’t talk or act like normal politicians. Refreshing, right? Even if he IS a bit outlandish at times. But it’s quirky and fun. Which is why so many sites are playing that game of “Who Said It: Donald Trump or ___?” He’s been compared to cartoonish TV characters and at least a couple actual cartoons.

So here’s someone else we can compare Donald Trump’s quotes to, just to point out how entertaining his madcap eccentricity is. Take this quiz and see if you can tell who said it: Donald Trump or a Complete Asshole? END_OF_DOCUMENT_TOKEN_TO_BE_REPLACED 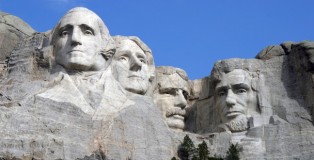 Now that the election is over, it’s time for a pop Presidential quiz from everyone’s favorite professor, Joe Sampson. Good luck! END_OF_DOCUMENT_TOKEN_TO_BE_REPLACED