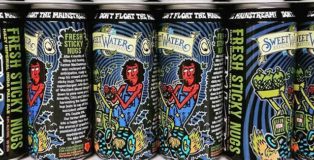 SweetWater Brewing Company turns the dank dial to the max with their latest Dank Tank Fresh Sticky Nugs. Let’s all take a moment and remember the first time we tried an intensely hoppy IPA. The bracing bitterness and intense aromas that felt so dominating back then are not as common today. Sure, part of that is due to acclimating to the hops but also the trend away from the classic hop varietals to more boutique and less bitter hop strains. But Fresh Sticky Nugs delivers the nostalgia in spades!

END_OF_DOCUMENT_TOKEN_TO_BE_REPLACED 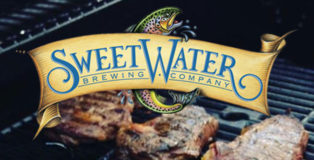 BBQ is a deeply rooted tradition in the south. SweetWater Brewing Company asks the question we all truly want answered. Does BBQ make everything better? Settle down there is no meat or thick BBQ sauce in Pulled Porter. Rather, Nick Nock and the rest of the brewing staff at SweetWater Brewing Co. decided to smoke some of the malt for this beer. I’ll repeat that because it really is heavenly to read. Nick Nock and the SweetWater Brewing Co.’s brewing staff decided to take some of their base malt down to Fox Brothers BBQ, one of Atlanta’s top BBQ spots, and smoke that malt and then make Pulled Porter. Genius!