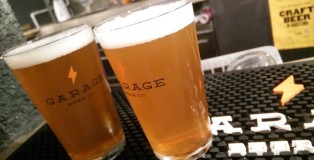 In my excursion to Barcelona over the last few days I discovered a few pleasant suprises. First, there’s a ton of unexpected, enticing beer to be had in loads of breweries, restaurants and pubs. Second, with all the local beers I grew fond of, Barcelona leans toward a lower ABV, more subtle and balanced beer rather than an aggressive beast that makes one not want another pint. It’s about the drinkability and the complexity used in a way that’s not masking flaws with more hops or booze or fruits or doughnuts, but accentuating the elements of the four main ingredients.
END_OF_DOCUMENT_TOKEN_TO_BE_REPLACED