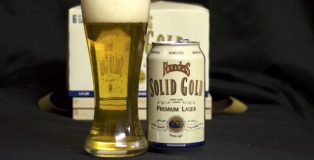 Trends and tastes are cyclical. And as we’ve detailed on this site before, such is the case with beer. Sure hazy IPAs and pastry stouts are all the rave right now, but it certainly won’t always be the case. And just as American craft beer lovers currently crave innovative over-the-top ingredients, it’s likely the trend will eventually shift back toward sessionable, traditional styles.

That said, for the past several decades, what most American beer consumers think of when they hear the word lager, typically drifts to the watered down macro lagers that have dominated sales for so long. For years American Lagers have been associated with the blue collar, no-nonsense, no taste domestics that rule the beer industry. Founders Brewing is seeking to change that with their latest release of Solid Gold Premium Lager.
END_OF_DOCUMENT_TOKEN_TO_BE_REPLACED