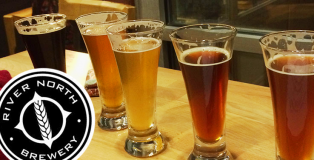 It was the night after a long day, and my girlfriend Kelissa and I walked the halls of our new apartment building in search of beer. “Let’s try this door,” I suggested, veering right. We emerged from the musty stairwell, and lo and behold, River North Brewery stood shining in Belgian golden glory. We ambled across the street and went inside.  END_OF_DOCUMENT_TOKEN_TO_BE_REPLACED