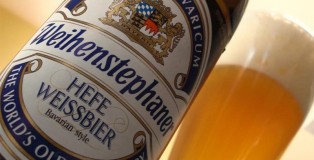 After attempting to pronounce the name of this beer, you’re definitely going to need a drink. Advertised as one of the oldest breweries in the world, this Bavarian beer is a a delicious and traditional German wheat beer. The Bavarian State Brewery Weihenstephan in Bavaria, Germany has literally been around for over a thousand years.  It first started out as a monastery brewery of the Benedictine Monks and then later turned into the Royal State Brewery.  Today, it is property of the Free State of Bavaria and is considered the oldest brewery in the world. END_OF_DOCUMENT_TOKEN_TO_BE_REPLACED